Evolution has spawned many different creatures. Nevertheless, its capabilities are still limited.

Huge monsters are the hallmark of science fiction films. Macaques are the height of skyscrapers, dinosaurs fighting them, mutated iguanas, giant spiders, and Kraken. Moreover, the gigantic size does not prevent these creatures from remaining mobile and even faster than their prototypes from the real world.

But if the mighty Kong existed, he would have more serious problems than some lizard. The real challenge for him would be to get up and not break his legs.

For an animal, this means that if, with an increase in size, the cross-section of its muscles grows, say, once every 10, then the body weight will increase by a thousand times, English biologist John Haldane in his article “On the expediency of size.” The animal does not have enough muscle power to support a huge body.

Another problem is the strength of the bones. The largest herbivorous dinosaurs-sauropods looked very modest compared to Godzilla: they weighed a maximum of 60-120 tons. The weight of predators-therapods reached 11 tons.

So, the poor people will die of hunger. The same sauropods, although smaller, disappeared, most likely, therefore that there is just less food.

Huge animals can appear only in water, as it reduces the load on their bodies. Therefore, the blue whale grows larger than the land elephant. But if PullM. D. Blood. Beached Whales: A Personal Encounter he’ll quickly die from internal injuries caused by his own weight.

If you develop an idea with substantial life forms, you can imagine a creature the size of a planet, a solar system, or even a galaxy.

For example, in Stanislav Lem’s novel, there is a reasonable ocean. In the movie Avatar, Pandora is also a whole organism. There are living planets in many Marvel comics. The eternal comic book villain Galactus is with a small star. And in the anime and manga begins such a flight of imagination that it is scary to imagine—for example, creations from “Gurren-Laganne” the size of the observable Universe.

In reality, the size of living beings on other planets will be about the same as on Earth, Says astrophysicist Gregory Loughlin. All because the speed of information transmission in neurons is limited: it is approximately 300 km/h. So, the human brain crosses the signal in about 1 ms.

But if it were 10 times larger, we would think much slower. Creatures the size of a planet (the same ocean as Solaris) would have an even harder time. And the creatures with the solar system are not destined to exist at all: any signal would pass through their bodies for hours, limited by the speed of light. Not to mention the fact that such carcasses would inevitably experience difficulties with gravity.

Physicist Randall Munro said, which happens with too much mass of matter, it does not matter whether it is alive or not. For the sake of a thought experiment, he described what would happen to a flock of birds the size of the solar system – this, of course, is not a whole body, but also not bad.

In general, the creature collapses under its own weight. And he will become a star.

Daenerys Targaryen’s dragons from Game of Thrones spew flames, like many other creatures in the myths of the nations of the world. But the appearance of real fire-breathing animals is improbable.

The reason is simple: in real life, a dragon would cause more harm to itself with its flame than to others.

The creature from our planet, which most of all pulls on the title of fire-breathing, is a bombardier beetle. He can fire from the back of the abdomen—mixture self-igniting substances – hydroquinones and hydrogen peroxide. In the process, they are heated to 100 ° C, smoke, and may well set something on fire.

But the beetle does not produce a real “napalm.” Take a look at this video for yourself and tell me if it really looks like a fire-breathing dragon weapon.

The possibilities of the bombardier beetle are very Limited because too explosive individuals will not survive. And neither they nor the reptiles will withstand direct contact with fire, Says Rachel Keefe is a reptile and amphibian researcher at the University of Florida.

Some animals can withstand high temperatures. For example, some sea worms live in scalding vents of underwater volcanoes. But without contact with fire.- Rachel Keefe, herpetologist

So, unfortunately (or fortunately), we will not see dragons.

On the Internet for a long time, there is a joke about the prehistoric species of pigs Sus Ludus rotalis, allegedly lived once in the Southern Pyrenees in Spain. These are mountain pigs with wheels instead of hooves (here is an image of the skeleton of such a creature). They were able to roll down the slopes, gaining speed up to 100 km/h.

Naturally, such animals, in reality, did not exist and were Invented as April Fool’s sharpness in the 2011 issue of Popular Mechanics magazine.

But why not really appear like a boar? It seems great to have wheels: a bear attacked you, and you started the engine and drove away.

The wheel is the most important invention of man. We can say that it allowed us to build a civilization in the form in which it exists. Yes, many creations of the human mind were invented by nature long before we appeared as a species.

The wings of airplanes resemble birds’ wings, the lenses of glasses are similar to the lenses of the eyes, spiders have successfully used analogs of fishing nets, and the primacy in the invention of echolocators belongs to dolphins.

But no animal uses wheels to move, although some, such as caterpillars, can ride curled up in a ball. Reasons Calls the famous evolutionary biologist Herat Vermey.

First, wheels are, if you look at it, a terrible way to get around. They are convenient to move only on flat surfaces, which are very rare in nature. Otherwise, we would not have to build roads for cars.

Evolutionarily, wheels are unprofitable: an animal with them is less likely to survive than the owner of normal legs.

Secondly, for the wheel to rotate, it must be separated from the main organism. And to grow such a part of the body is incredibly difficult. Also, the spinning wheels create more friction than the good old ones.

And, finally, the main reason: the wheels in living organisms have nowhere to go since the limbs developed from paired Fins primitive fish that made land in the middle of the Devonian period about 385 million years ago (we are their descendants, yes). And their principle of operation was initially not similar to the wheeled.

The lack of animal wheels, Dawkins believes, proves that evolution has no intelligent design. Things like limbs or eyes developed by accident. The wheel must first be invented and then built into the body, and evolution is not under force. 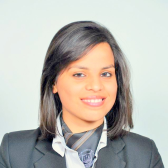