Dozens of schoolboys and staff were kidnapped by gunmen in north-central Nigeria on Wednesday, according to local officials, the latest in a string of high-school abductions that have roiled the northern states of Africa’s most populous country.

The gunmen stormed the Government Science College in the Kagara district of Niger state around 2 a.m. and overwhelmed the school security, killing one student before marching students and staff into the sprawling Rugu forest, according to officials. “The situation is very serious…Some 27 students, 3 staff and 12 members of their family were kidnapped,” said Abubakar Sani Bello, the governor of Niger state.

Schools across the region were closed and surveillance aircraft were dispatched to scour the forest, as security forces hunted for the missing on foot.

There was no immediate claim of responsibility, but analysts said the culprits were likely one of the heavily armed bandit groups that have become increasingly powerful across swaths of Nigeria’s northwest and not the jihadist groups based in the northeast.

The news comes as Nigeria President

has quietly dropped his claim that the country’s insurgencies are technically defeated and conceded that the nation is in “a state of emergency.” The country, one of Africa’s strongest armies and a strong U.S. counterterrorism ally, is struggling to contain multiple threats: a 10-year jihadist rebellion and swelling banditry and lawlessness that have metastasized into a conflict of overlapping militant groups.

After months of criticism over rising insecurity across the country’s northern states, Mr. Buhari reluctantly agreed to reshuffle his military chiefs last month.

Shehu Sani, a former senator who studied in Kagara as a boy, said security in the region has become a disaster, and that kidnapping for ransom was now a multimillion-dollar business. “The rural areas of the northwest are now virtually under the control of these bandits,” he said.

Wednesday’s kidnapping comes two months after 344 boys were taken from a school in nearby Katsina, Mr. Buhari’s home state, and then freed after a week. Three of the abducted boys told The Wall Street Journal that the kidnappers told them a ransom had been paid for their release. Government officials denied paying a ransom and said the kidnappers released the schoolboys because the military had surrounded them.

Rising insecurity has turned the practice of kidnapping for ransom into a booming industry, and signaled the increasing integration of criminality and terrorism in the region.

“Ransom payments have become so normalized and institutionalized that it now bears the hallmarks of a legal enterprise, except it is more lucrative,” said Bulama Bukarti, a terrorism analyst and columnist with the Daily Trust, northern Nigeria’s most popular newspaper.

According to the Nigeria Security Tracker, compiled by the Washington-based Council on Foreign Relations, 114 people have been kidnapped since the beginning of February in northern Nigeria. The school kidnapping in the Kagara region comes just days after 21 travelers were hauled from a bus and abducted by bandits armed with machine guns and rocket propelled grenades. The kidnappers released a video parading their hostages, including women with infant children.

The latest incidents come six years after the kidnapping of 276 schoolgirls in the town of Chibok in the northeastern state of Borno, an abduction that ignited the global #BringBackOurGirls campaign. The outcry led to the formation of the Safe Schools Initiative, which is backed by former British Prime Minister Gordon Brown and raised over $30 million to protect schools.

The number of children out of school in the country has risen to more than 10.5 million, the highest in the world, according to the United Nations. “One in every five of the world’s out-of-school children is in Nigeria,” the agency said in a recent report.

Some Nigerian lawmakers have called for investigations into the Safe Schools Initiative amid allegations of mismanagement, but no investigation has been authorized by the government.

Mr. Buhari, criticized for reacting slowly to previous abductions, dispatched the country’s military chiefs to coordinate a rescue operation. In recent kidnappings, governors and security officials have sought to negotiate with captors to avoid casualties rather than launch potentially risky rescue operations.

“The security agencies are already on the ground and working to see how the students can be released,” said Mary Noel Barje, press secretary to the Niger state governor.

In Kagara late on Wednesday, families who had gathered around the bullet-riddled school compound, waiting for news on their loved ones, began to leave for home. They are expected to return on Thursday morning to continue their vigil.

“The parents have been crying since morning, we are hoping the government will do all they can to rescue these students and other abductees,” said Saifulayi Ibrahim, one of the parents whose son, Nuradeen, managed to escape the gunmen. 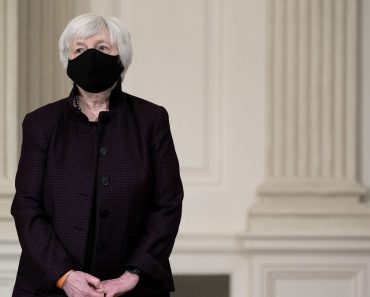 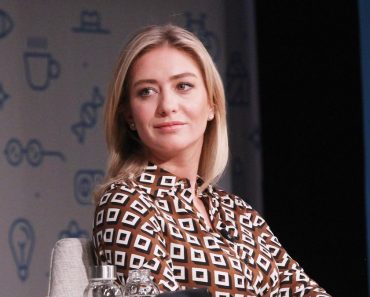