The executive chairman of Vice Media, Shane Smith, has put his storied Santa Monica estate on the market for $50 million—making it the priciest property in the area.

That is fitting, because the estate, known as Villa Ruchello, is also one of the largest properties in the area. It measures a whopping 3.35 acres.

Smith paid $23 million for the property back in 2014, when the Mediterranean-style home was in quite a state of disrepair. Smith’s wife, Tamyka, told the Wall Street Journal that they had had to replace all the plumbing, all the electrical, the roof, and more.

The renovation was a multimillion dollar project, overseen by the noted designer Kerry Joyce. Her mission was to restore the original details, brimming with old Hollywood glamour, then to seamlessly fuse those vintage elements with up-to-the-minute technology—while using materials and accessories curated from around the world.

“This property is truly one of a kind, and there is nothing else like it in Los Angeles,” says the listing agent, Santiago Arana of The Agency.

“When Shane and Tamyka Smith first bought this property, they brought the gardens to life and gutted and redesigned most of the entire house,” he says. “The remodel carefully restored and retained the period details and classic grandeur of the home, while simultaneously modernizing it.”

The home was originally built by an insurance executive from the Midwest by the name of Harold P. Cooper. He stayed there more than 40 years, through the early 1970s.

After that, the estate’s lineage got more interesting. The film director Henry Jaglom is reported to have owned it for a spell, and Fleetwood Mac stayed there for awhile while recording a reunion album.

Probably the most notorious chapter in the estate’s history involves the time when it was used as a set for the film “Beverly Hills Cop.”

You may recognize those statues of stone goddesses in the back from the film’s finale, which involved an epic shootout at the villain’s luxury estate. Alternatively, perhaps you remember seeing it in an episode of “Entourage.”

“In addition to the elegant design, the home has an incredible history, and you can truly feel it as you walk through the home,” says Arana.

“In the times of Prohibition, this home even had a speakeasy. To this day, the clandestine bar remains in the home, with the onyx-walled room, entered through a secret bookshelf,” he adds. “In this home, you feel like you are going back in time—but with all the comforts and luxuries of modern living.”

Adding to the estate’s grandeur is its sheer size. A total of 14,000 square feet of living space has 13 bedrooms and 13 bathrooms across three buildings—the main residence and two guesthouses.

There’s also a 74-foot pool and an adjacent poolhouse, which features a pizza oven and Argentinian grill to accommodate the parties and gatherings the Smiths have hosted there.

The lush gardens on the grounds include citrus groves, and massive trees that have been growing there since the lot was first developed. The lush foliage and the freshly curated flowers and plants lend the estate the feeling of a five-star retreat. The hidden hot tub grotto reinforces that vibe.

The interiors feature meticulous attention to detail. As much thought has been poured into the bathrooms and closets as into the grand, exquisitely designed public rooms.

Even the kitchens (there are several on the premises), blend Old World features, like open shelving, colorful Spanish tile, and racks for copper pots, with the latest in stainless-steel appliances and low-maintenance tile flooring.

Smith, 51, is a native of Canada. He began his career as a journalist, and went on to develop Vice Media, an international network of digital channels that includes a television production studio, a record label, a creative services agency, a book-publishing house, a magazine, and a feature film division.

Smith also owns a multimillion-dollar house nearby, in Brentwood. His net worth is estimated at between $450 million and $1 billion. 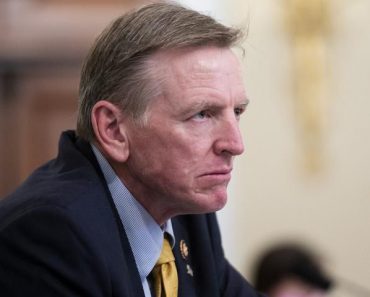