Home
Celebrity
Officially: Disney has renewed the series “Loki” from Marvel for a second season
Prev Article Next Article

A short teaser with the announcement of the second season was shown in the sixth (final) episode of the first season of the acclaimed Marvel superhero series about the god of cunning and deception Loki for the online cinema Disney+ (the moment at 42 minutes 48 seconds).

Earlier, Elizabeth Olsen (Scarlet Witch in the Marvel Cinematic Universe) said that the series “WandaVizhen” is likely not to receive a continuation, and the fate of “The Falcon and the Winter Soldier” remains unknown. In early July, Nielsen analysts reported that “Loki” showed the best start in the United States among the Marvel series in Disney+, noticeably ahead of “The Falcon and the Winter Soldier.” Thus, “Loki” became the first of three already released mini-series on the Marvel Cinematic Universe, renewed for a second season. By the way, Marvel and Disney have already begun work on the second season of the series “Loki,” the publication Deadline wrote at the beginning of the year – six months before the show’s premiere.

The script for the debut season of Loki was written by Michael Waldron, directed by Kate Herron, and the show ran by Michael Waldron (writer of the fourth season of Rick and Morty). It’s unclear if the previous creative team will return to work on the sequel. Details of the plot and even the approximate release date, of course, also no. But, as Variety notes, the finale of the first season of “Loki” leads to the next Marvel comic. It’s about the movie Doctor Strange: In the Multiverse of Mad. The sequel to Doctor Strange about the adventures of Stephen Strange, played by Benedict Cumberbatch, should be released in March 2022.

The sequel to Loki is another addition to the list of already announced projects for the Disney+ online cinema, including Hawkeye, Ms. Marvel, She-Hulk, and an unnamed series dedicated to Wakanda from the Black Panther franchise. 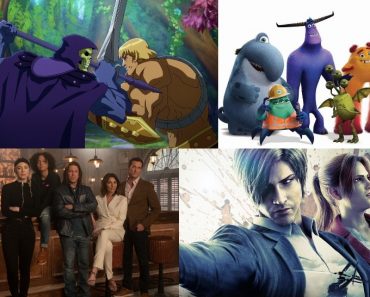