The middle of summer is the calmest period in the game, cinema, and serial field. Everyone is preparing for the autumn-winter boom, so there are very few new shows in July, and even those are mostly teenage and children’s. However, even among the cartoons, something is interesting, especially if you grew up on the classic TV series and games of the 80-the 90s of the last century.

James P. Sullivan and Mike Wazowski are back! This time to make the kids laugh. Monsters at Work is a spin-off and direct continuation of the original 2001 cartoon about hapless monsters-scares and a little girl Boo. In the story, Monster University graduate Taylor Taskmon arrives to work at the Monsters Corporation and realizes that the scarecrows are no longer needed here. Well, he will have to work next to those same Sally and Mike, although, it seems, the cult characters in the series will be much less than the new characters.

The sequel and at the same time a soft reboot of the eponymous teenage drama of the channel The CW, which was released in 2007-2012, the events of the new series take place just 9 years after the end of the previous one, and a new generation of students of a prestigious private school in New York will face all the same problems. Intrigues, scandals, love polygons, and, of course, gossip. The authors promise to focus on the impact of social networks on the lives of adolescents.

The revival of the crime series 2008-2012 about a team of scammers punishing other criminals and helping victims of their scams. Almost the entire old acting ensemble: Gina Bellman, Christian Kane, Beth Riesgraf, and Eldis Hodge, returned to their roles, but the role of a criminal genius instead of Timothy Hutton is performed by the charming, but already a little old Noah Wyley. Leverage: Redemption will air on IMDb TV (now owned by Amazon) in two parts of eight episodes each.

Serial continuation of the comedy of the same name in 1989 with Tom Hanks. The new detective is Scott Turner Jr. (actor Josh Peck), son of Hanks’ character from the original film. New Hooch is the heir to the same Hooch who enters the house of Turner Jr. Naturally, problems in the relationship between the new owner and the dog and many funny situations in which they fall because of this. And, of course, the mystery associated with the death of his father. In short, all that you expect from a Disney movie is about a policeman and a dog.

Masters of the Universe: Revelation

Other series that are worth paying attention to:

The fourth and final season of the teen comedy Atypical, whose protagonist has autism spectrum disorder.

In New Zealand, this spin-off of the paranormal pseudo-documentary We Do in the Shadows was released in 2018. Now The CW & HBO Max will show it in other countries.

The third season of the comedy anthology Miracle Workers takes place on the legendary Oregon Route during the journey of American pioneers to the West. In the roles of all the same Daniel Radcliffe, Geraldine Wiswanathan, Steve Buscemi, and others.

A spin-off to the horror anthology series American Horror Story, only this time each episode will have an independent scary story, instead of a season-long story arc as in the main series.

Continuation of the best series of last year according to the editors of newscenter24. Given that 2021 will not be kinder to us than 2020, this is exactly what we all need. 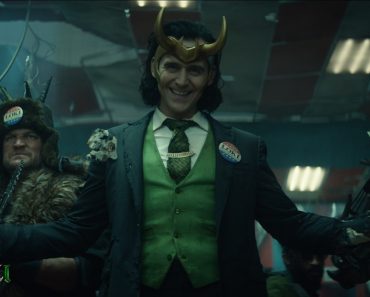