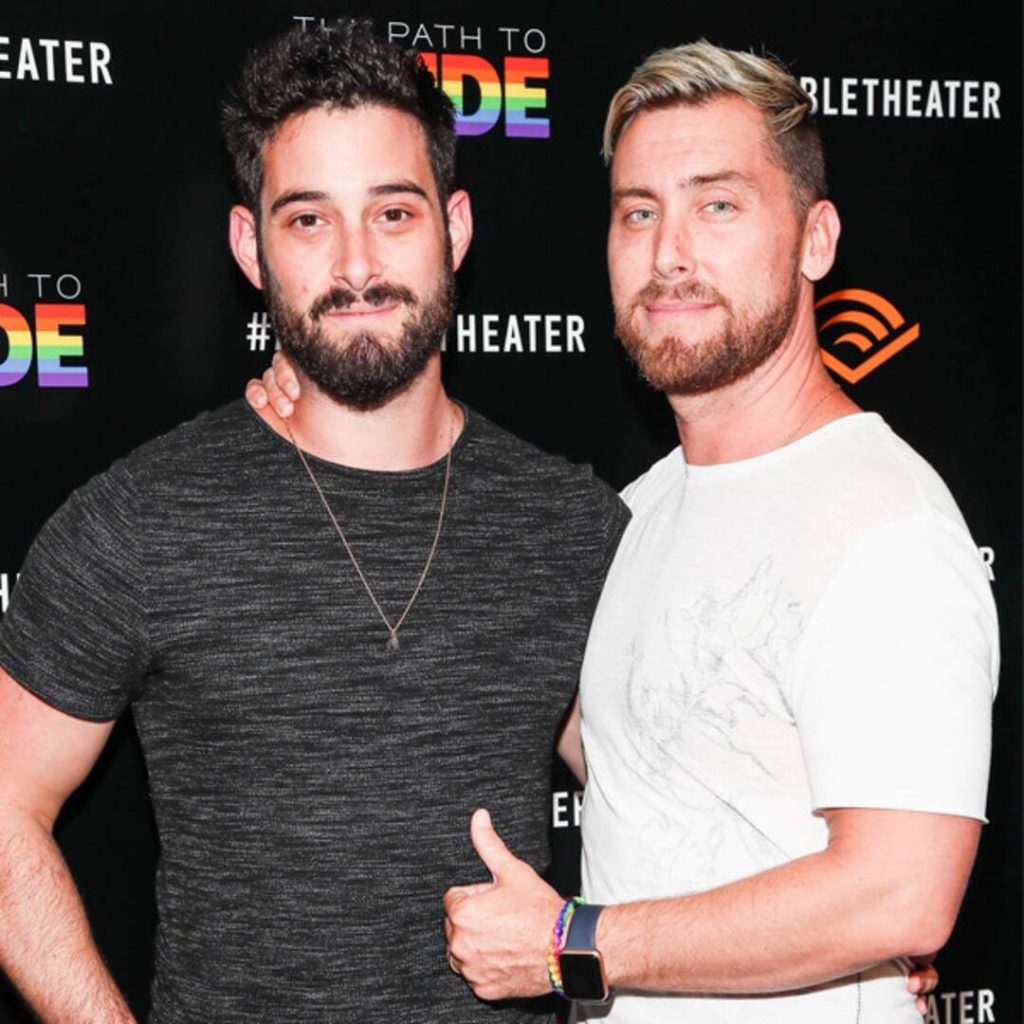 This we promise you: Lance Bass has some big news to share.

The NSYNC member and his husband Michael Turchin are expecting twins, a boy and a girl, via a surrogate. The singer’s rep confirmed the pregnancy, telling E! News that Lance and Michael are “very excited on becoming a family of four!”

Lance and Michael also told People, who broke the news, “We always knew that if we were going to start the family, we wanted to go for twins just because Michael’s a twin — he’s a boy/girl twin. And he just loved that experience. I always wanted to have a twin, but we’re like, ‘Well, that’s so perfect because now we can do one of mine, one of yours.’ It was a no-brainer!”

As they previously teased on TikTok, they’re anticipating a November arrival, but Lance is hoping they come in time for Halloween. “They have no choice but to love Halloween because I’m obsessed and they’re going to be obsessed,” he joked to the outlet.

For several years, the couple has been open about their hopes of starting a family of their own. In fact, Lance previously teased to E! News that some happy news could be coming very soon.

“We have been working on it for a year now and we were so ignorant thinking that we will get the surrogate in a day and the donor is going to work,” he confessed on Daily Pop in April 2019. “We are on donor number seven, but it is looking like this is going to be the one.”

Lance continued, “This is as close as we’ve ever gotten and we could be very close to being pregnant.”

Following Lance’s interview with Daily Pop, their surrogate became pregnant with twins, but he told People she later miscarried.

For those wondering if the couple’s babies will follow a career in music, of course, it’s far too early to tell. At the same time, Lance has assured fans that his kids can do whatever they put their minds to.

“I would let them do whatever they want, but I would try to encourage something other than music,” Lance admitted to People. “It’s just a hard business, and [in] this business you get told ‘No’ 99 percent of the time, and I don’t want my kid to go through that.”

He added, “It takes a very strong will to stay in this business. I’d rather them play baseball.”

As for how the couple will be as parents, Lance has nothing but confidence in Michael. After all, this is something they have both been hoping for for so many years.

“I’m excited because I know Michael will be the best dad ever—that’s one of the reasons I wanted to marry him,” Lance previously shared. “I’m excited to start this family, ’cause I think all of us selfishly want to try to raise the best kid possible, just so we can have a better person in this world, helping out. And, so, I hope to raise some good kids that will leave a good mark on this world.”

Congratulations to the couple on their growing family.