Hockey is more than a sport in Canada. Its a culture, a tradition and an identity. However, for those new to Canada, following hockey, with a language of its own, can be challenging at first.

Working to make hockey more inclusive to the millions of Canadians who are new to the game, including the roughly 350,000 people who move to Canada every year, Molson Canadian and Sportsnet are teaming up to stream Hockey Night in Canada in seven additional languages.

On April 17, the two Hockey Night in Canada games will be streamed alongside the English, French and Punjabi broadcasts in some of Canadas most-commonly spoken languages: Cantonese, Mandarin, Hindi, Vietnamese, Tagalog, German and Arabic. The two Saturday night games will be available to stream for residents of Canada at www.sportsnet.ca/Molson. The action begins at 7 p.m. ET / 4 p.m. PT as the Toronto Maple Leafs meet the Vancouver Canucks, followed by an Edmonton Oilers-Winnipeg Jets showdown at 10 p.m. ET / 7 p.m. PT.

The approximately 350,000 people who are new to Canada every year want to forge connections in their new home. They might be interested in hockey, but hockey can be hard to understand if you didnt grow up around it, says Katie Rankin, senior marketing manager for Molson products. This brings together so many things were known for in Canada and Molson Canadian celebrates that.

Of course, were known for hockey and beer, but were also known for embracing multiculturalism and the different cultures that make Canada what it is today, she says.

As preparations get underway to stream seven unique hockey broadcasts on April 17, Molson Canadian and Sportsnet have teamed up with virtual sportscasting studio Spalk. The collaboration will provide the technology and experienced hockey commentators to create a unique viewing experience in each language.

Complementing regular weekly broadcasts available in English, French and Punjabi, this initiative will mark the first time Hockey Night in Canada will be available in seven additional languages simultaneously in its almost 70-year history.

As a partner, Molsons vision for continued inclusivity in hockey is the perfect match with Sportsnets mandate to use our media megaphone to amplify the voices of Canadians that are not always heard with equal measure, said Anthony Attard, Sportsnets vice president of sports and NHL sales. This initiative is a great step in bringing hockey into the homes of more Canadians and doing so in a way that is personalized, accessible and unique.

In addition to French and English broadcasts, Hockey Night in Canada has been available to viewers in Punjabi since 2008.

Our unique backgrounds and languages add to the social fabric of this country. Canadas game should be no different, says Randip Janda, co-host of Hockey Night in Canada: Punjabi Edition. Being able to hear hockey in a variety of languages is what makes our country special. Each language brings its own special relationship with and passion for the sport of hockey. The words may be different but the message is the same: hockey speaks to each and every one of us.

For Molson Canadian, the broadcast is its latest hockey play, building off its first new hockey-themed ads since 2018, which were released in January, just as the NHLs shortened season kicked off. The beer brand, which is the official beer of the Toronto Maple Leafs, Edmonton Oilers, Montreal Canadiens and Ottawa Senators, as well an official beer of the NHL, aims to reestablish itself as hockeys beer by celebrating the sports fans.

In this case, its looking to create new fans by exposing them to hockey in a way thats never been done before.

Molson Canadian and the Molson name has really been known for bringing people together over what we enjoy most in Canada, Rankin says. Repping our home is really what Molson Canadian stands for. We want everyone to feel like they can rep our home in the way that feels most true to them.

This news content was configured by WebWire editorial staff. Linking is permitted. 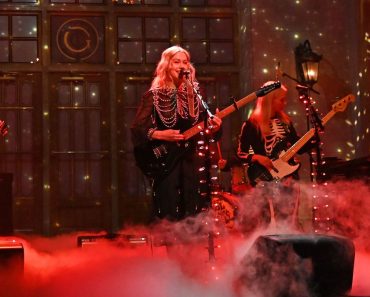