The Fortnite Season 5 crossovers continue to roll in as a new portal has appeared on the map. A glimpse at the inside of the portal reveals an upcoming crossover with the Alien franchise.

This Fortnite season has been the most crossover-filled in the history of Fortnite. We’ve seen characters from Terminator, God of War, Halo, Predator, Street Fighter, and many other franchises come to the Fortnite Item Shop.

Recently, fans saw some leaks that led them to believe that Peter Griffin from Family Guy could be the next crossover skin. He still might be on his way, but we have someone else coming ahead of him: Xenomorph from the Alien franchise.

There’s still hope for Peter Griffin, but this could be the XL skin that data miners told us about. Xenomorph will likely resemble The Devourer skin, which is one of the bigger skins in the game.

These portals usually come to Fortnite a day or so before the skin comes to the Item Shop. We expect to see the Street Fighter skins leave the shop on February 25, ushering in a new trailer and skin set for the Alien Crossover.

Of course, the addition of Alien brings the Alien vs. Predator theme to Fortnite as well. It will be interesting to see if Epic do anything neat with the skin, like add him to the game as a boss. We’ll keep you posted when we learn more about the release date.

The Crew pack for March 2021 and Fortnite Season 6 has been revealed, featuring the new Llambro skin and accompanying set.

The next Fortnite Crew membership pack has been revealed for March 2021, featuring the Llambro skin and accompanying cosmetic set.

In 2021, Epic introduced the Fortnite Crew subscription. This monthly pack gives players an exclusive cosmetic set, 1,000 V-Bucks, and access to the current Battle Pass for $11.99.

Since then, we’ve seen four skin packs enter the game, with a fifth on the way. Epic have confirmed leaks that point to the Llambro Outfit, Up North Back Bling, Puffcorn Pick Pickaxe, and The Llegend Wrap coming to the game in March 2021.

Since this pack will coincide with the start of Fortnite Season 6, players who subscribe to March’s Crew subscription will also receive access to the Battle Pass; making it an excellent deal for those who want the skin and don’t have enough V-Bucks for the Battle Pass.

If you subscribe now, you can also gain access to February’s skin pack, which features Vi. You can buy the subscription now, wait until the new season, and cancel it if you want to go that route. Doing this would grant you two skin sets, 1,000 V-Bucks, and the next Battle Pass for only $11.99.

There are only a few weeks left in Fortnite Season 5, and we’re excited to see what the next season will bring. Until then, you can prepare yourself by finishing the Battle Pass with the weekly challenges and grabbing the next Fortnite Crew Subscription.

We’ll be covering the new Fortnite season as soon as we hear any news, so make sure to follow us on Twitter @FortniteINTEL so you never miss out on any of the latest Fortnite updates.

A new portal on the Fortnite island has all but confirmed that Street Fighter characters will be coming to Fortnite Season 5.

Fortnite Season 5 has been filled with crossovers. It began with The Mandalorian and quickly expanded to include Master Chief from Halo and Kratos from God of War.

These two characters were the first in the new Gaming Legends series. Fans speculated about who would be next, with some players sure that Lara Croft from Tomb Raider would be one of them.

On February 19, however, a new portal opened on the Fortnite island, giving players a peek at who would be the next character added to the game. Fans quickly recognized the world into which they were looking: the world of Street Fighter

Based on what we already knew about this portal, we should be getting a male and female character from the Street Fighter universe.

As data miner ShiinaBR suggested, we could be seeing Ryu and Chun Li, as these are two of the more iconic characters from the franchise. Of course, this is only speculation right now.

Before this new portal opened, some people were speculating about a WandaVision crossover. This news has likely squashed those rumors.

We could see these characters come to the Item Shop as early as this evening, but expect to see a cinematic trailer come along with them. A Fortnite X Street Fighter crossover is big news for gamers – probably a lot bigger than the GI Joe crossover was.

We’ll keep you posted when we learn more, so make sure to follow us on Twitter @FortniteINTEL so you’re among the first to know when the Street Fighter bundle is officially announced.

Fortnite Season 5 is back at it with the crossovers, this time bringing characters from TRON into the game as bounty hunters.

The most recent Fortnite Season has been a crossover-filled delight. Fans of other forms of media are no-doubt thrilled to see so many characters from film, TV, and gaming enter Fortnite through the Bounty Hunter theme of Season 5.

Most recently, Epic announced that The Flash would be heading to Fortnite, with a chance for players to earn the skin for free. Only a few days later, they released a Reality Log that confirmed longstanding rumors of TRON entering Fortnite.

The Reality Log came after one of the portals on the Fortnite island opened. Inside, you could see a distinct, futuristic aesthetic with icon, unmistakable music.

In case anyone was still on the fence about what this crossover could be, the music gave it away. This might be the most iconic theme song out there, proving that characters from TRON will be on their way to Fortnite.

When will we be seeing TRON in Fortnite? We don’t know, just yet. We assume that the characters will enter Fortnite Season 5 soon after The Flash, who is set to hit the Item Shop this weekend.

The skin, itself, will be interesting and could include more customization options than any other Season 5 crossover we’ve seen. We’re also expecting a rideable glider and futuristic pickaxe to go along with the skin(s).

We’ll keep you posted when we learn more about the Fortnite X TRON release date. We may even get a chance to earn the skin for free through a tournament. Follow us on @FortniteINTEL so you never miss out on the latest Fortnite news. 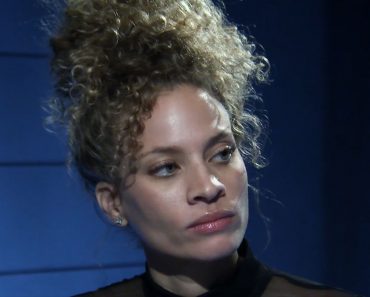