Home
Entertainment
Sony Patents a Way of Turning Bananas, Mugs and More Into PlayStation Controllers
Prev Article Next Article
Sony has patented technology that would allow players to turn household objects, and even fruit into PlayStation controllers. Players would use a camera to scan objects for the system to detect, which could then be used for specific in-game functions.As reported by GamesIndustry.Biz, a recent Sony patent was filed for the innovation, identifying that game peripherals can be seen as too complicated and expensive for some users and reasoning that, “It would be desirable if a user could use an inexpensive, simple and non-electronic device as a video game peripheral.” Their potential solution? Turning readily-available objects into peripherals for games.

As long as an object is “non-luminous” and “passive”, Sony is suggesting that it could be used as a controller. The figures in the patent show a banana and a pair of oranges as an example of potential peripherals. The patent says that a user could hold the object in front of a camera, which could interpret the object in order to impose inputs on it and make it usable in-game.

The copy also talks about how the technology could generate “an augmented reality image of a non-luminous passive controller,” and then detect changes in the pose of the object to adapt to a player’s hand movements and generate superimposed virtual inputs, mentioning a “finger detector.” In the figure shown below, you can see the X and Triangle buttons overlaid on a banana, as an example of this idea in action:

“FIG. 8 illustrates schematically an example of how the non-luminous object may appear to the user when one or more virtual buttons have been superimposed on top of the user’s view of the object,” the patent reads. The copy suggests that an image of the banana with virtual buttons could be seen via a head-mounted device, an image “overlaid on top of a transparent display through which the user looks” or a video shown on the same screen the player is looking at. So once the banana has been mapped, you’ll be able to see where you should push with your fingers for inputs.

Other implementations include using motion to steer by using two oranges like a steering wheel, changing viewpoint with a household peripheral via generated axes, and even inputting “a ‘pause’ command” by putting a cup onto a saucer while both objects are being detected by the technology.Home engineers have previously used fruit to play games – for instance, playing Overwatch using a whole bunch of bananas – but that’s primarily been through using the fruit’s electricity conduction to generate commands. This is a more in-depth, and potentially flexible, process.

In other PlayStation patent news, we recently reported on a piece of technology that would allow spectators to mess with players in VR. Back in April of 2020, a patent was discovered for a robotic gaming companion that reacts to your emotions.

Was this article informative? 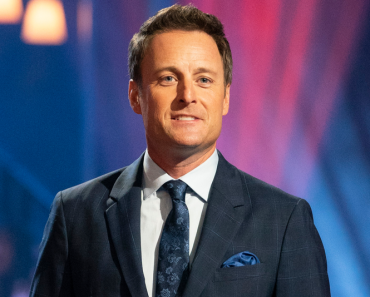