If we’ve learned one thing this past year, it’s that you can’t plan everything. Even when you try, sometimes the universe has other plans. That is an important lesson true of both life and the television calendar. Over the past year, a lot of shows have been rescheduled, pushed, or cancelled all together. But that doesn’t mean that we should lose hope. If WandaVision is any indication, more TV—good TV, mind you—is on the horizon.

But listen. We aren’t going to pretend to know what the world will look like this summer, or what television is going to be pushed or delayed due to filming, production, or travel restrictions. But that doesn’t mean we can’t try. There are some sure bets coming down the pike, like Loki and the upcoming season of Yellowstone, for all the Western die-hards out there. Who knows what else could be bubbling just beyond the horizon. Keep an eye on this space as we inch closer to everyone’s favorite season.

In the meantime, here’s everything we know so far about the shows we’re most looking forward to watching this summer. (Until then, here are some 2021 Netflix originals and movies to tide you over).

Following WandaVision and The Falcon and the Winter Soldier, the MCU returns to Disney+ on June 11 with Loki, a six episode series starring Tom Hiddleston and Owen Wilson. It will follow the God of Mischief Loki following the events of Avengers: Endgame (2019), where the version of himself from The Avengers (2012) transported himself to who-knows where. (Loki will likely see him cruising through the multiverse as an employee of the Time Variance Authority.)

The charming Victor Salazar returns in the second season of Love, Victor this summer on Hulu. All ten episodes will drop June 11, and will follow Victor (Michael Cimino) through his junior year of high school, picking up right after he’s come out to his family and friends.

Based on the YA book series of the same title, this is another summer Disney+ series to get excited about. Dropping June 25, it follows the adventures of four gifted orphans who are placed undercover at a boarding school to help foil a plot that could cause disaster on a global scale.

We know that the actors who portray the Dutton family wrapped production on Season Four last summer, so the season is Paramount’s to air. Though we don’t have an official date, we can all but confirm that the season will air sometime in late June, picking up after the tragic events that left more than one life hanging in the balance.

We didn’t know we needed a Monsters Inc TV spinoff, but now that it’s on the books, we are counting down the days. John Goodman and Billy Crystal reprise their iconic roles as Sully and Mike, the popular monsters tasked with harvesting children’s laughs at the monster plant. The series is set six months after the events of the original movie. New additions to the stacked cast include Henry Winkler and Kelly Marie Tran.

The first French series to hit U.S. Netflix’s Top 10, Part 2 of Season 1 of Lupin is expected sometime this summer. With much unfinished business left over from the first six episodes, we expect gentleman burglar Assane Diop to return with a fiery vengeance in the next batch.

Perhaps this is more likely to hit in the fall, but until there’s any indication otherwise, we’re keeping it here. It’s called manifesting.

Lauren Kranc
Lauren Kranc is an editorial assistant at Esquire, where she covers pop culture and television, with entirely too narrow of an expertise on Netflix dating shows. 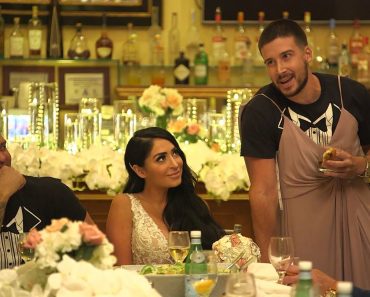