Bella Poarch has risen to fame on TikTok and has recently debuted her first music video ‘Build a B*tch’. According to leaks from the Fortnite v16.50 update, Poarch is getting an Icon Series emote featuring her hit single.

On TikTok, Bella Poarch posts content to 69.7M followers and averages tens of millions of views on each video. Her popularity has followed her to YouTube where Poarch has 2.8M subscribers. Like other internet stars such as Dixie D’Amelio and Addison Rae, Poarch has tried something different and released her first-ever music video.

The ‘Build a B*tch’ music video has over 98.6M views at the time of reporting with a whopping 6M likes on YouTube. These are incredibly impressive numbers, especially for an internet star like Bella Poarch. It’s no wonder that Fortnite would want to include one of TikTok’s most prolific creators in the Icon Series.

ShiinaBR on Twitter was the first to report that a new Icon Series emote featuring Bella Poarch would be added to Fortnite. HYPEX, another notable Fortnite leaker, stated that the emote would most likely be related to ‘Build a B*tch’ because of its description. It reads, “I’m not built for you. Dance moves by Bella Poarch.”

While the music video tells more of a dystopian story, there are a few bits of choreography that the emote could be inspired by. The breakdown that begins at 1:53 features a robotic dance session that would make for a perfect emote. A better look at what the emote could possibly entail was posted by another Fortnite leaker FitzyLeaks.

The Bella Poarch emote likely won’t include the song’s chorus due to its offensive language. However, the song’s breakdown would be the best fit for the emote since it is one of the only portions of the video that features dancing.

Until the emote is datamined or released, we will have to continue to speculate what it could look like. Players can expect the emote to be revealed in the next few days. The ‘Build a B*tch’ emote is a huge achievement for Bella Poarch and a stepping stone for similar creators.

Epic Games has sent another survey out to players to gauge their interest in potential upcoming Fortnite collaborations.

Epic Games has sent out another survey to some players asking which brands they would be most interested to see Fortnite collab with. This survey lists a number of shows, movies, and musical artists that could be upcoming Fortnite collaborations.

Fortnite sends out surveys every once in a while to gauge interest in upcoming content. The Monthly Crew Pack was one such project that was leaked before its announcement thanks to surveys. As well, players were recently sent potential skin designs to choose from.

Now, Epic has sent out another survey asking players to select which brands, superstars, athletes, and video game characters they are familiar with. This is likely to gauge the notoriety of each potential crossover. The options that have the most popularity could potentially be upcoming Fortnite collaborations.

The survey was originally leaked by Twitter user RyderFromGTA and a full list of potential collabs was posted by HYPEX. The survey was broken down into nine different sections each with its own theme. The sections were Professional Athletes, Video Game Characters, Pop Culture Characters & Brands, Professional Sports Clubs/Teams, Comic Book Characters, TV Shows, Movies, Content Creators, and Actors/Performers.

Each section housed a number of choices including several speculated or scrapped crossovers. Samus Aran, Family Guy, and Naruto all appeared on the list after having been leaked during the Fortnite vs Apple trial. There were also characters that have already appeared in-game such as The Mandalorian and Aloy from Horizon Zero Dawn.

Some off-the-wall options included South Park, Pewdiepie, and Pinky and The Brain. These options appearing on the list does not mean they are upcoming Fortnite collaborations. In fact, even some of the most popular options may not be feasible crossovers. However, this list does give players insight into what Epic Games could be planning for the future of Fortnite.

We would love to know which of these crossovers you’d like to see make it into Fortnite. Let us know by leaving a comment down below and maybe even the wildest crossovers will be a part of Donald Mustard’s Metaverse.

Fortnite has sent out a number of surveys over the years that cover a broad range of topics. Players were first made aware of the monthly Fortnite Crew pack through surveys. And information has once again been leaked thanks to another survey.

This time, the information that has been leaked is a little less concrete. Instead of asking surveyors what they would want from an upcoming program, they were asked which skins they would most want in Fortnite. That doesn’t mean any or all of these skins will make it into the game, but some of them are too cool to pass up.

The skin concepts shown above were all presented as options during the survey. Twitter user LeakySussed began posting screenshots of these characters, and notable leaker HYPEX put them all into one image. According to LeakySussed, the survey only asked how long they’ve played Fortnite, which skins they preferred, and how would they rate Fortnite.

Leaker iFireMonkey also shared information regarding the survey. Surveyors were shown sets of four skins and were asked to select a favorite and least favorite from each group. This is meant to help gauge players’ interest in skins. However, each concept shown definitely needs to be in the game.

iFireMoneky also noted that some of the Fortnite skin concepts shown were made by artists in the community. Fortnite has recently started to collaborate with artists to make their concepts a reality. If this survey is any indication, it seems like Epic Games wants to continue to collab with its community.

The highly-anticipated Cartoon Meowscles skin is real and has been leaked for the official Fortnite France Twitter.

The highly-anticipated Cartoon Meowscles skin was revealed early thanks to a now-deleted Twitter video from Fortnite France. The vintage take on a fan-favorite skin is will be a must-buy when this cartoon feline lands in the Item Shop.

Cartoon Meowscles was first discovered a week ago when data miners found an in-game spray that depicted the cat, Fishstick, and Peely as classic cartoon characters. Miners then discovered code for what seemed to be a set of cartoon-themed skins.

One week later, Fortnite begins teasing Meowscles’ transformation with a three-panel comic. Meowscles eats a peculiar-looking fish wearing a top hat and then begins to transform into a cartoon. This morning, Fortnite posted a teaser video of the official Meowscles music pack with a still image of the upcoming skin.

However, Fortnite France’s Twitter was slightly overzealous and posted a video of the actual Meowcles skin performing a built-in emote. The tweet was quickly removed but reuploaded by iFireMonkey and various other Fortnite leakers.

The Cartoon Meowscles skin perfectly depicts a 1950’s cartoon, and the emote shows off the iconic boneless movements of that style. The lack of shading and stark contrast between the blacks and whites of the skin also help emphasize the feeling of a vintage cartoon.

With the teasers for the skin becoming more frequent, players will likely see him appear in the Item Shop tonight or sometime in the next couple of days. However, the cartoon Fishstick and Peely skins have yet to be teased at all. It was believed that the three would be sold as a set, but Cartoon Meowscles might be a lone wolf.

Meowscles, Peely, and Fishstick have become mascots of Fortnite since their release. Fans adore their goofy designs, and they are used quite frequently in promotional videos. Despite Peely having been blown away in the Season 6 trailer, it would be great to see him return as a 1950’s cartoon banana.

Only time will tell if all three of these mascots get toonified, and hopefully, it will happen sooner rather than later. While these skins may not be competitively viable due to their bulky nature, they are must-haves for avid skin collectors. 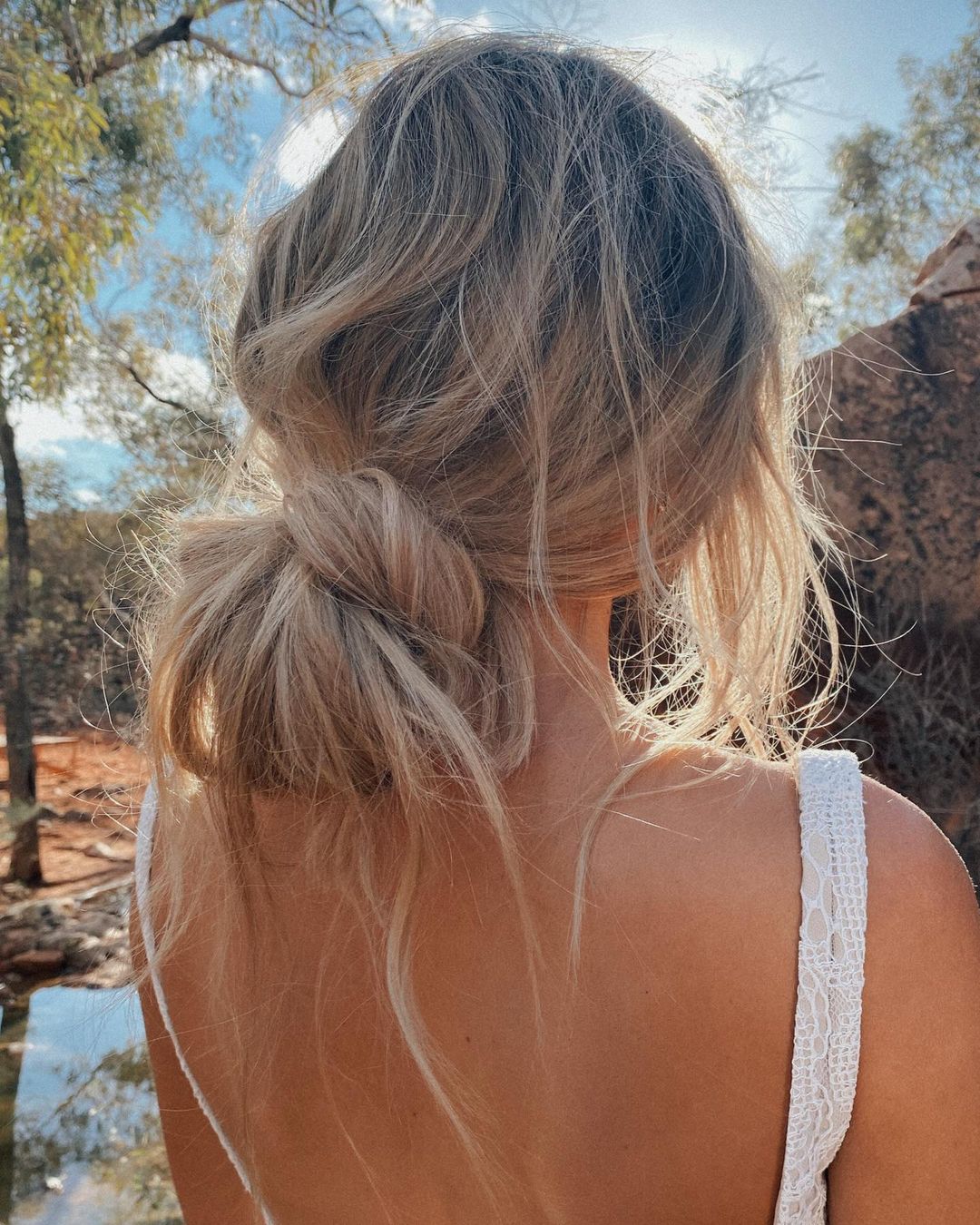 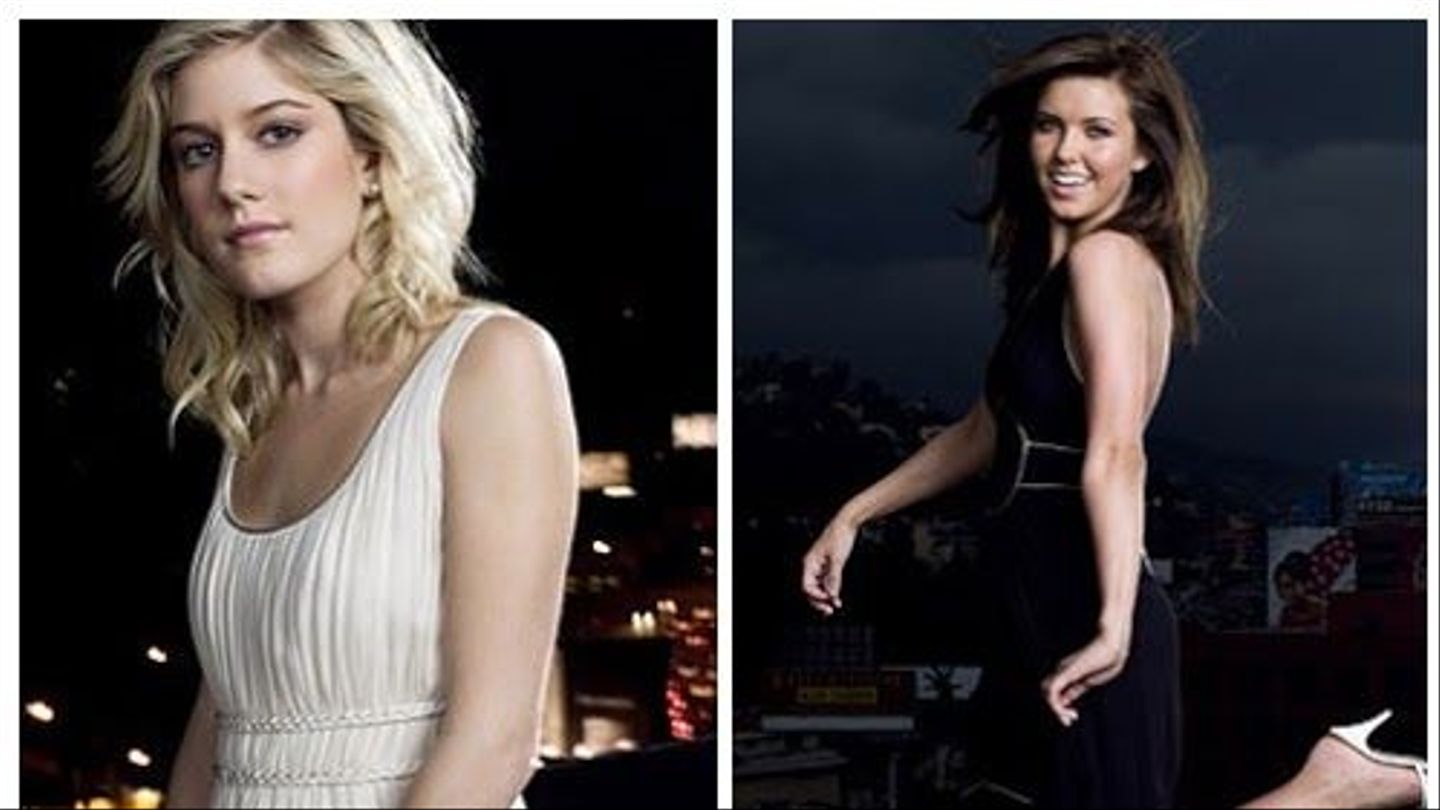 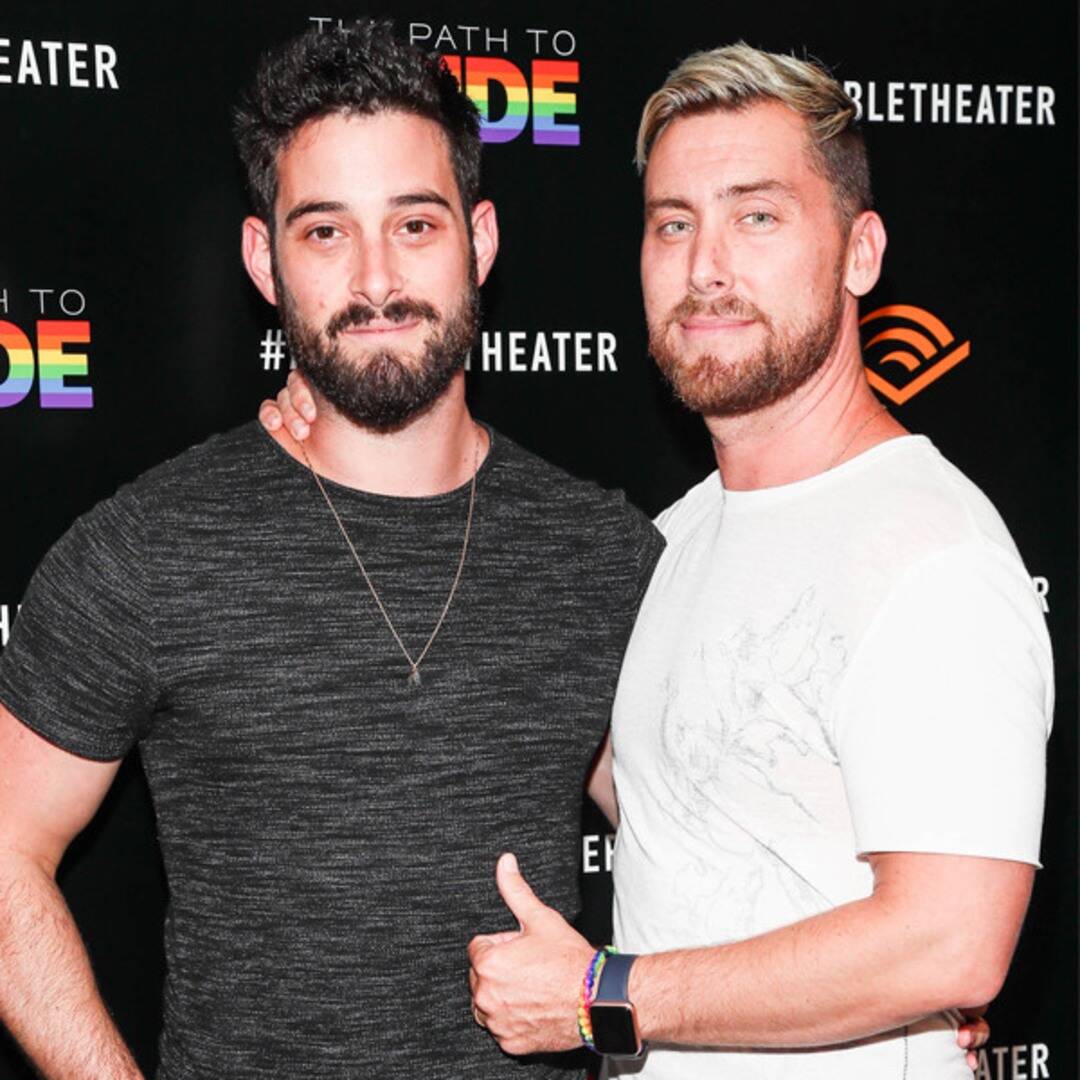 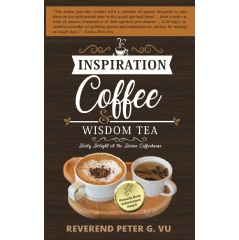 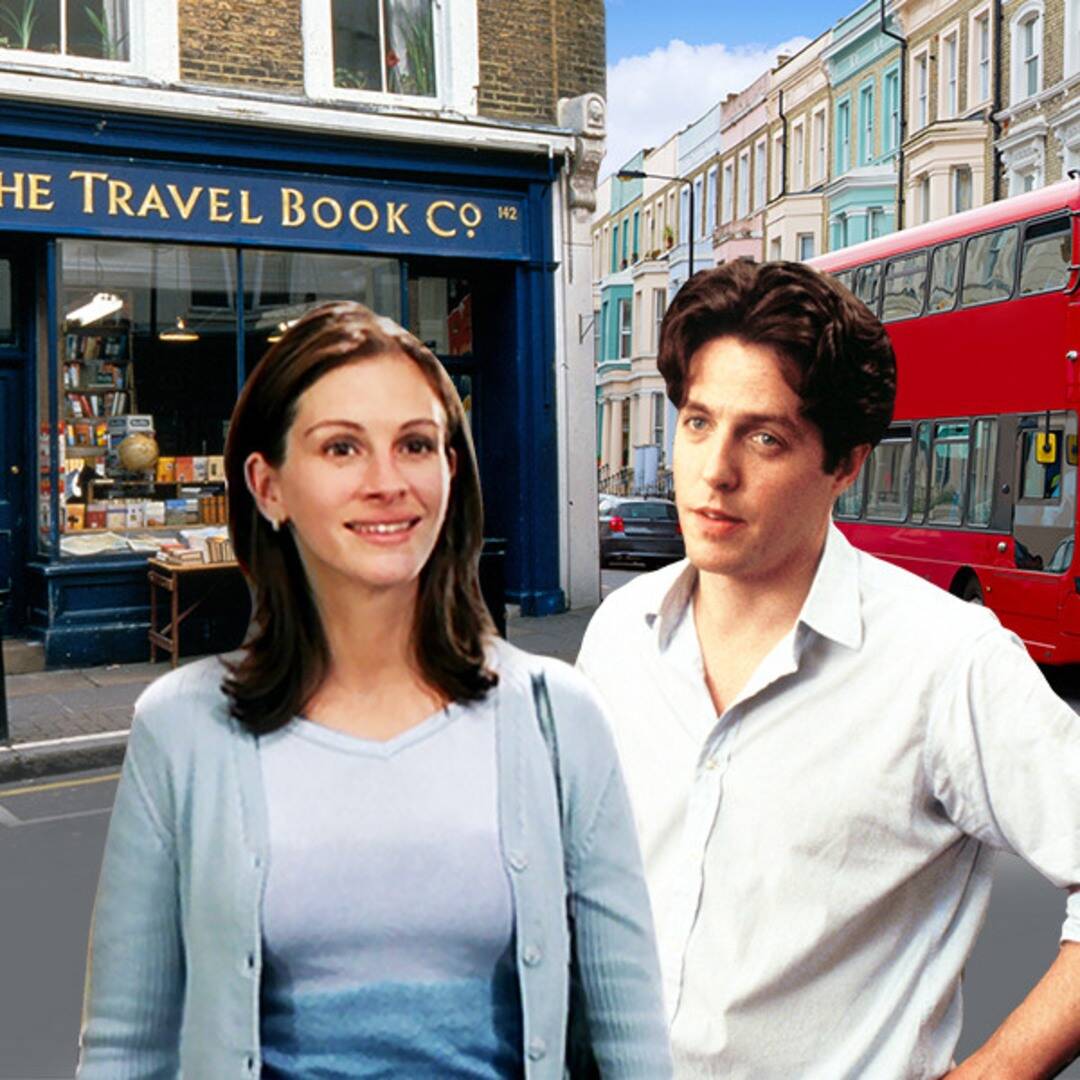 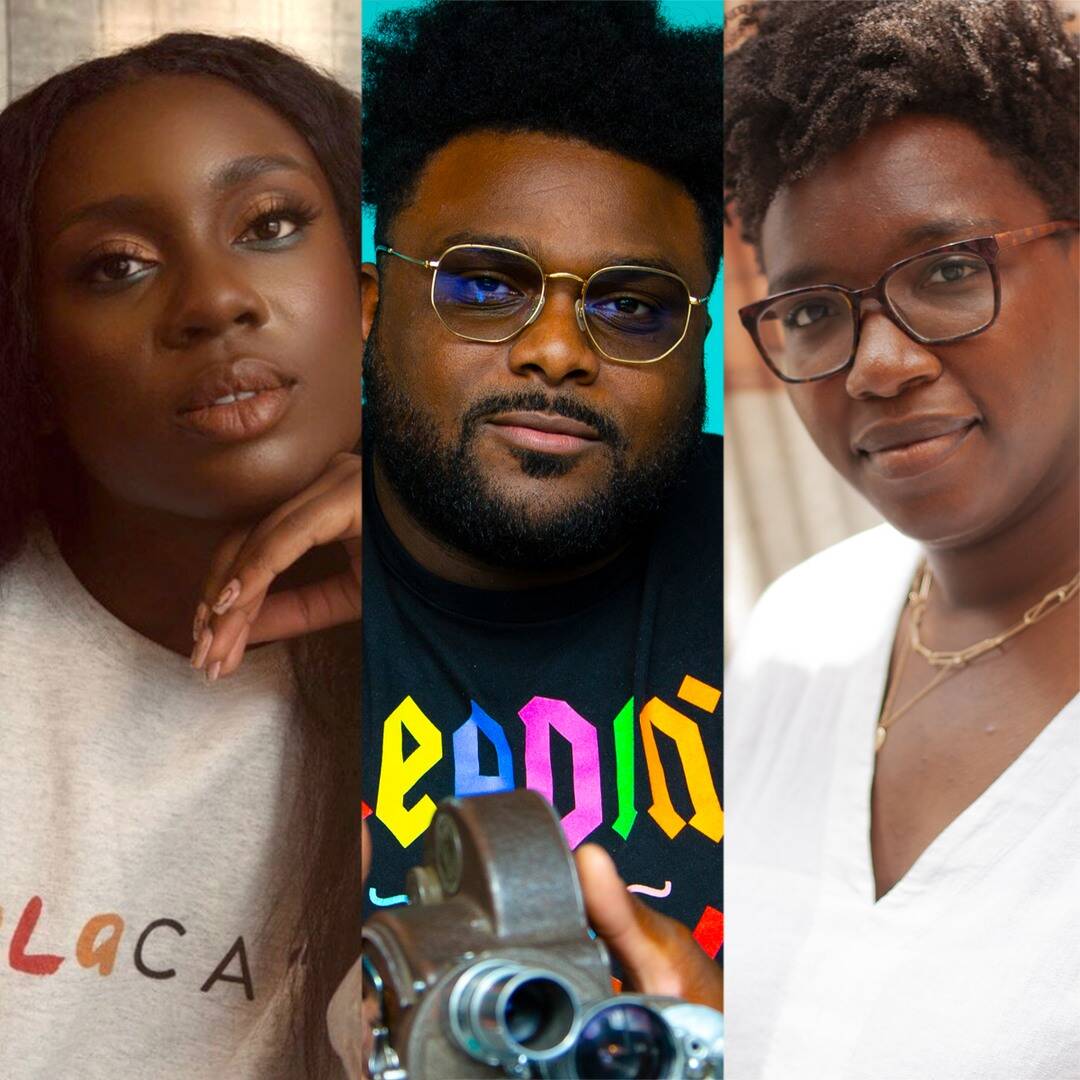