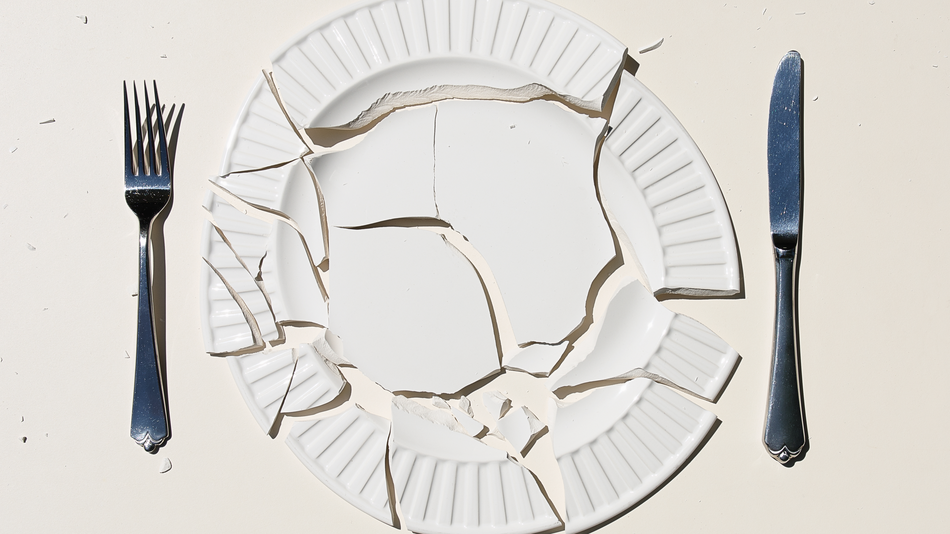 There is a secret to weight loss that should be more widely known and it has nothing to do with supplements, specialized diets, or intermittent fasting. Instead, it’s something that countless people, especially after a yearlong pandemic, have in common: trauma.

Scientists began understanding the relationship between weight gain and trauma decades ago. Since then, they’ve learned that negative, life-altering experiences can lead to weight gain and difficulty losing weight. These findings bubble up in pop culture and media coverage periodically. Surprisingly, however, that critical insight is nowhere to be found in the place you’d most expect it.

Top-performing weight loss apps, used by millions of people each year, make no mention of the relationship between trauma and weight. Apptopia, a mobile intelligence provider, created a list for Mashable of the leading weight loss apps, which includes WW, (formerly Weight Watchers), Noom, Lifesum, FitnessPal, and Lose It!. Collectively, they were downloaded 31 million times in the U.S. between March 2020 and March 2021.

Scrolling through these apps you’ll find important resources like healthy recipes, tips for dealing with stress eating and meal planning, and tools to log meals, calories, and exercise, but no acknowledgement of a fundamental aspect of weight gain.

A major link emerged in 1993, when a study of 100 significantly overweight patients discovered that many of them had disproportionately experienced childhood sexual and physical abuse, in addition to other types of trauma, compared to 100 patients who’d always been “slender.” The heavier patients commonly said they overate to cope with stress and used their weight as a “protective device.” Subsequent research has further illuminated the connection between post-traumatic stress symptoms and weight gain.

Researchers believe that weight can function as a physical and psychological shield for some survivors of sexual trauma, protecting them from unwanted attention or advances. Other types of trauma like bereavement, natural disasters, and domestic violence, can play a role by unleashing higher levels of the stress hormone cortisol. That may lead both to comfort eating and to inflammation. Ultimately, the lesson of research on trauma and weight is that nothing is ever as simple as calories in and calories out.

The premise of popular weight loss programs is that limited self-discipline and poor habits stand between someone and their desired weight. Some apps, like WW and Noom, teach users important new behaviors and skills, helping them to evaluate their choices without necessarily addressing the trauma that may be driving their decisions. Other apps are workout guides and calorie trackers that splash images of svelte, toned bodies across the screen, presumably as motivation. Leap Fitness Group has created a line of such apps: Lose Belly Fat at Home, Lose Weight App for Women, Lose Weight App for Men, and so on.

While some people may only need a meal tracker and exercise regimen, many could benefit from learning how trauma changes the body and mind. This feels particularly true at a time when people are emerging from a traumatizing pandemic, perhaps heavier than they were a year ago, eager to travel, wear real pants, and slip back into a swimsuit. The process of managing their weight might be less daunting if they grasped how past trauma combined with fresh adversity may have contributed to gaining weight.

Certain techniques and strategies, including mental health treatment, can shift how people view their dietary and exercise habits in the context of their trauma. That reframing often alleviates feelings of guilt and self-sabotage that surface during attempts to lose weight, especially if those efforts are initially successful but the weight eventually returns.

When people feel there’s some “sinister” part of themselves that skips exercise or indulges in treats, thereby halting progress toward their weight loss goal, it can set up a heartbreaking cycle, says Dr. Thomas Rutledge, a staff psychologist at the VA San Diego Healthcare System where he treats veterans in a weight control clinic. Many of his patients have post-traumatic stress disorder.

“You feel like there’s a monster inside of you,” says Rutledge of the emotional pain some experience when it feels like they’ve betrayed themselves and have no power to change their behavior. “People give up [trying to lose weight] as a result.”