While much of the sports world struggled with major financial losses during the still-ongoing coronavirus pandemic, the NFL is looking at a jaw-dropping pay day.

On Thursday, the league announced its finalized broadcasting agreement and unveiled TV rights deals that would essentially double its media revenue at $10 billion per year.

In an age where more and more viewers are moving away from traditional cable and satellite providers in favor of cord-cutting and streaming options, dishing billions on TV rights is a risky game. These networks seem more than willing to take that risk, though.

But what we do know is that fans can expect to see several changes in the NFL-watching experience once this deal goes into effect in 2023.

The past few seasons has seen the Thursday Night Football package bounce around between NBC, CBS, Fox, NFL Network and Prime Video. And since the Thursday night slate tended to be awful, few fans really seemed to mind the constantly changing broadcasting crews.

But in this new deal, Thursday Night Football will be exclusively aired on Prime Video. In a sense, it’s surprising to see an entire primetime package leave cable/dish, but at a $1 billion annual price tag, Amazon made it happen.

The NFL has finalized its new 11-year media rights agreement, which runs through 2033 and could be worth over $100 billion.

Under the previous deal, ESPN held the rights for Monday Night Football and a Wild Card game on ABC. Between the rough announcing crews and lackluster MNF slate, ESPN felt a step behind the other broadcasters in terms of presentation.

But this new deal gives the Worldwide Leader an opportunity to get more out of its NFL rights. Monday Night Football will remain on ESPN, but now, ABC will have two Super Bowls (one in 2026 and another in 2030). An international game will air on ESPN+ every season, and all the ABC/ESPN games will also be available on ESPN+.

Monday night games can also flex, which will help us avoid a Jets-Bengals MNF game in December.

DirecTV’s Sunday Ticket package has been the provider’s main selling point, but its status has been in doubt ever since the AT&T merger.

The NFL’s announcement didn’t provide much clarity to the situation.

Though it wasn’t in the announcement, reports on Twitter suggested that ESPN+ may become the new home for the Sunday Ticket package in 2024. It would be a surprising move to see this massive offering move to a stream only deal, and I can only imagine how awful sports bars will be at handling any internet issue whatsoever.

After all, ESPN+ isn’t exactly reliable for a Big 12 Now broadcast of Kansas-Iowa State. How would it support Sunday Ticket? We’ll see.

The networks that we’ve grown accustomed to as NFL broadcasters are remaining onboard. NBC will still broadcast Sunday Night Football and will now simulcast those games on its Peacock streaming service.

CBS will retain its package of Sunday games in addition to streaming its broadcasts on Paramount+. 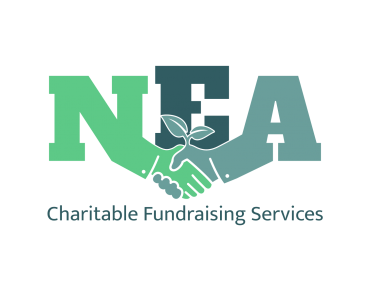