Ten people were killed on Monday when a gunman opened fire at a grocery store in Boulder, Colorado, the authorities said. They included a Boulder police officer, a young grocery store worker and a retiree filling orders for Instacart.

Among the victims was Officer Eric Talley, 51, with the Boulder Police Department, who had responded to a “barrage” of 911 calls about the shooting. Authorities identified the nine other people who were killed as Denny Stong, 20; Neven Stanisic, 23; Rikki Olds, 25; Tralona Bartkowiak, 49; Suzanne Fountain, 59; Teri Leiker, 51; Kevin Mahoney, 61; Lynn Murray, 62; and Jody Waters, 65.

Here is what we know so far about their lives.

Officer Eric Talley was killed heroically responding to the #BoulderShooting on Monday. His police vehicle is parked outside the @boulderpolice station at 1805 33rd St. in memory of Eric and his service. pic.twitter.com/7Cr2xNGcFR

An 11-year veteran of the Boulder Police Department, Eric Talley was described as “heroic” by Chief Maris Herold at the scene of the shooting on Monday night.

“He was the first on the scene, and he was fatally shot,” Herold said in a news conference. “My heart goes out to the victims of this incident. And I’m grateful to the police officers that responded. And I am so sorry about the loss of Officer Talley.” She was holding back tears.

“The world lost a great soul,” said Talley’s father, Homer Talley, a retired optics engineer who now lives on a ranch in Rising Star, Texas, near Abilene. “He was a devoted father — seven kids. The youngest was 7 and the oldest was 20, and his family was the joy of his life.”

Eric Talley was born in Houston and raised in Albuquerque, New Mexico, his father said in an interview on Tuesday morning. He joined the police force as a second career when he was 40, quitting a job in cloud communications.

“He wanted to be a servant,” Talley said. “He wanted to serve people. And you know, all kids want to be a policeman, and in many ways, he was a big kid.”

On Twitter, a woman who described herself as the officer’s sister, Kirstin, posted: “Eric Talley is my big brother. He died today in the Boulder shooting. My heart is broken. I cannot explain how beautiful he was and what a devastating loss this is to so many. Fly high my sweet brother. You always wanted to be a pilot (damn color blindness). Soar.”

In 2013, the local newspaper, The Boulder Daily Camera, featured Talley and two other members of the force who had waded into a local drainage ditch to rescue a trapped mother duck and 11 ducklings. “He was drenched after this,” Sgt. Jack Walker told the paper. “They would go into these little pipes and he would have to try and fish them out.”

Talley is the sixth on-duty death in the department’s history and the first officer killed in the line of duty since 1994, the paper reported.

As his body was taken by ambulance from the shooting scene to a funeral home, a procession of emergency vehicles escorted it, and first responders stood by the side of Table Mesa Road, saluting.

Rikki Olds: She ‘brought life to the family’

Rikki Olds, a 25-year-old King Soopers employee, was among the 10 people killed in the Boulder grocery store on Monday. https://t.co/ojqx1s3vhl

Rikki Olds, a 25-year-old who loved the outdoors, was a front-end manager at King Soopers, where she had worked for about seven or eight years, her uncle, Robert Olds, said in an interview.

Olds was an energetic, bubbly and “happy-go-lucky” young woman who “brought life to the family,” her uncle said. Despite the fact that she had endured a hard life, she persevered, he said. She was the oldest of three siblings, and her mother had abandoned her when she was just 7 years old — dropping her off at the doorstep of her grandparents, who raised her in Lafayette, Colorado.

Robert Olds described his niece as a strong and independent woman who enjoyed hiking and camping. She liked spending time with friends and family and often accompanied him and her cousins to their baseball games.

Olds, who was now living on her own, regularly stopped by her grandmother’s house to spend time with loved ones. She was also a “workaholic,” her uncle said, who always filled in for other people’s shifts at work.

The whole family is in shock, particularly Olds’ grandmother, Robert Olds said. “My mom was her mom,” he said. “My mom raised her.”

Lynn Murray, 62, a former photo director and mother of two, was at the grocery store Monday filling an Instacart order, which she had enjoyed doing to help people since her retirement.

“She was an amazing woman, probably the kindest person I’ve ever known,” her husband, John Mackenzie, said in a phone interview. “Our lives are ruined, our tomorrows are forever filled with a sorrow that is unimaginable. She was one of the greatest people you’d ever want to know: hard working, loving and compassionate, caring, went out of her way to make sure everyone else had a smile on their face.”

Murray was a former photo director for several New York City magazines, including Cosmopolitan, Marie Claire and Glamour, her husband said. The couple moved from New York in 2002, first to Stuart, Florida, then to Colorado, to raise their children.

“I just want her to be remembered as just as this amazing, amazing comet spending 62 years flying across the sky,” Mackenzie said. She is also survived by two children: Olivia, 24, and Pierce, 22.

While she was working at Condé Nast, Mackenzie said, Murray charmed the notoriously unfriendly man who served as the basis for the “Soup Nazi” character on Seinfeld. He took her to the back of the store and “showed her how everything was done, talked to her, and showed her all of his recipes and explained them all to her. He adored her.”

“The most undeserving person to have to be shot down I can think of has to be my mother,” she said, “and I just wish it could have been me.”

She ran the popular Boulder Store @UmbaLove which is dedicated to boosting and supporting local artists. She is loved and dearly missed by so many. You can see her amazing energy in these pictures. 📸 STiL Focus Media

Tralona Lynn “Lonna” Bartkowiak, 49, managed a shop in Boulder that sold yoga and festival clothing, and had stopped by the shopping center to pick up a prescription when the shooting happened, said her brother, Michael Bartkowiak of Roseburg, Oregon.

Michael Bartkowiak, who works for a forest products company, described his older sister, the eldest of four close-knit, California-born siblings, as “an amazing person, just a beam of light.” She had moved to Boulder to run the store, Umba, which had been launched by their sister.

“She rented a house outside Boulder,” he said, “and lived there with her little Chihuahua, Opal. She had just gotten engaged. She was, you know, organic — stir fries, salads — she was always trying to be healthier.”

Lonna Bartkowiak loved her work, he said. Initially “the hold-down-the-shop person,” she had branched out in recent years, attending Burning Man and other festivals, where she would mingle with prospective customers.

Bartkowiak had last seen his sister about a month ago, he said, when the family gathered in southern Oregon. “She came to visit for a couple of weeks — she and my other sister were doing a cleanse that they called the Moon Cleanse,” he said. “We just hung out and talked and chilled. That was the last time I saw her.”

Teri Leiker, 51, had worked for about 30 years at King Soopers, according to her friend, Alexis Knutson, 22. Her boyfriend also worked at the grocery store and was working on Monday, Knutson said.

Knutson met Leiker through a program called Best Buddies that connects students at University of Colorado Boulder and members of the community with intellectual and developmental disabilities. She remembered going together to university sporting events, and how Leiker loved to cheer on the teams.

“She had the biggest brightest smile,” Knutson said. “She always just had these dimples that, especially when she got excited about something — her smile was just huge.”

Despite their age difference, Knutson said, they bonded and would talk often. “I always had a rule she couldn’t call before 9 a.m. because I like my sleep,” she said. “She would always call me at 6 a.m.”

Knutson struggled to comprehend what had happened.

“I don’t want her name to be another name next to an age on a list,” she said. “If I can share who she was and put her personality and put her with her name, I hope that would cause some ability to change and have an impact.”

“The fact that this happened is just devastating, especially somewhere where she goes to work every day,” she said. “It is a lot to process and deal with.” 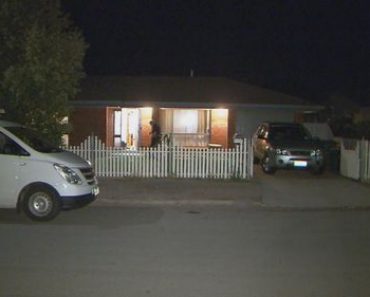