Blame it on businesses that couldn’t adapt to changing tastes or the convenience of shopping in your PJs. But, sadly, many once-iconic retailers are now distant memories. While some merged with other companies, a handful have attempted to reinvent themselves as online retailers. But many simply closed their doors forever and surrendered to the march of time.

Founded in 1879 by Frank Winfield Woolworth, the company’s first stores in Utica, New York, and Lancaster, Pennsylvania sold general merchandise and were called “five-and-dime’s” because everything sold for 10 cents or less. The chain grew quickly, and by 1905, Woolworth invited rival retailer chains (two were owned by his relatives!) to merge with him. By 1929, there were 2,250 stores. The company purchased other chains over the years, including Footlocker, though Woolworth variety stores closed in 1997.

RELATED: 10 Things You Should Never, Ever Pass Up at Antique Shops

Started by Mervin G. Morris in 1949 in San Lorenzo, California, the company grew to almost 200 stores, mostly in the West. The mid-price chain boomed in the ‘70s, but when it began expanding outside of California, it stumbled. Stores began closing across the country in the early 2000’s. The company filed for bankruptcy in 2008, shuttering all of its stores.

Known as Gimbels, the first store was founded in 1842 by Adam Gimbel in Indiana. In time, the family opened stores in Milwaukee, Philadelphia, and New York City. Interestingly, they sponsored the 1920 Gimbels Thanksgiving Day parade in Philadelphia to spur holiday shopping (an idea Macy’s copied in 1924!). The store even played a role in the classic Christmas movie Miracle on 34th Street. Sadly, the company eventually was purchased, and the doors closed for good in 1986.

RELATED: Your Old Christmas Cards Might Be Worth Serious Money

The Great Atlantic & Pacific Tea Company, better known as A&P, started as a mail order business around 1859. By 1930, the company operated more than 15,000 grocery stores and was the largest chain in the U.S. The chain filed for bankruptcy in 2010 and 2015, with the last store closing in 2016. Its legacy: The chain created Woman’s Day magazine in the ‘30s to showcase recipes and ingredients available in-store.

RELATED: 11 Grocery Shopping Mistakes That Are Wrecking Your Diet

Aaron Montgomery started his company in 1872 as a mail-order business selling to farmers in rural areas near Chicago. The first retail stores opened in 1926, growing to more than 500 in five years. In 1985, the company ended its catalog business. Facing competition from new discount retailers in the 1990s, the store filed for bankruptcy in 1997. The last store closed in 2001 but relaunched as an online company in 2004.

Sebastian Spering Kresge and a partner founded the five-and-dime, Kresge’s, in Detroit in 1897. He soon became sole owner, and by 1935, Kresge’s grew to 745 stores in the Midwest and East. In 1962, the company decided to venture into the discount market and opened the first Kmart outside Detroit. They expanded aggressively, and the corporate name was changed to Kmart in 1977. The remaining Kresge stores were sold off by 1987.

Founded by G.R. Kinney in 1894 in Waverly, New York, the company grew to more than 300 stores by 1929. In 1963, the company was sold to Woolworth (we already know what happened to them). The company was obtained by Footlocker and closed about 500 Kinney Stores by 1998.

RELATED: 18 Shoes From the ’90s You Forgot You Were Obsessed With

Kaufmann’s was founded in Pittsburgh in 1871 as a men’s tailoring and ready-to-wear store by two brothers. Two more brothers joined a few years later. The store grew into a chain of nearly 60 stores in the East. The company was acquired a few times before Macy’s purchased and rebranded it in 2006. Sadly, many Macy’s stores, including the original Kaufmann’s flagship store, have since closed.

Founded by Herbert H. Goldberger in 1957 in Youngstown, Ohio, the chain pushed into many Midwestern and a handful of Southern states. In 1987, the store went public and became the nation’s eighth-largest discount retailer. By the 1990s, the stores were floundering and filed bankruptcy. Taken over by Ames in 1995, neither company had survived by 2002.

Founded in 1937 by Hyman Shapiro and his sons in Pittsburgh, the company specialized in used 78 RPM records from jukeboxes. Crazy, right? But it became the first music store chain in the U.S., and in 1964, the store helped bring the Beatles to town for a concert. The company had more than 160 stores, as far away as Hawaii and Guam, by 1998. But sales suffered in the ‘90s, and all stores closed by 2002.

Paul Bonwit founded a luxury department store in New York City in 1895, partnering with Edmund D. Teller in 1897. The store became known for its upscale goods and eventually opened in key locations such as Miami Beach and Boston. The company changed hands several times in the ‘80s and eventually filed bankruptcy in 1989. But look to classic films where the store has had many roles: Katherine Hepburn mentions the store in Desk Set; it’s seen in the opening of Breakfast at Tiffany’s; and Marcie from Oliver’s Story is an heiress to the company fortune.

In 1906, W. T. Grant opened the W.T. Grant Co. 25 Cent Store in Lynn, Massachusetts with $1,000 he had saved from his work as a salesman. The company grew quickly nationwide with 1,200 stores by 1972. Unfortunately, the chain went bankrupt in 1974, making the collapse the then-second-biggest in U.S. history. Fortunately, the foundation he created in 1936 to benefit young people still exists today.

Started by Robert Allen Sprouse and Fred Reitz as a five-and-dime in 1909 in Tacoma, the headquarters moved to Portland in 1919. In its heyday, the store had almost 400 stores in 11 western states. But by the 1980s, variety stores were losing ground. The chain attempted to rebrand itself as Sprouse! in the late ‘80s. But the company soon began selling off stores, closing the last of them in 1994.

Brothers Max and Morris Feldberg founded a company in Boston in 1919 to supply undergarments to department stores. But within a decade, they figured out a women’s specialty store was the way to go. By the end of World War II, their shops expanded into New England, growing steadily in the ‘50s and ‘60s. In the ‘70s, Zayre tried to buy Marshalls but failed. Their answer was to create a Marshalls clone, TJ Maxx, in 1977. Eventually, Zayre was sold off to Ames Department Store, but Zayre’s one-time subsidiary TJX (which now owns TJMaxx, Marshalls, and HomeGoods) is thriving.

RELATED: 10 Secrets to Shopping at HomeGoods You Need to Know

The first store was opened by Abram Jacobson in Reed City, Michigan in 1838. By the 1930s, the chain grew and expanded throughout the state and to neighboring states such as Ohio and Indiana. The chain included only 25 stores at its peak, but the fact that the company thrived for more than a century and a half is impressive, by anyone’s standards. Yet by the ‘90s, the chain was suffering and filed for bankruptcy in 2002. All stores closed by 2011.

Founded in 1898 as Grumbacher and Son in York, Pennsylvania, the store first sold hats and dry goods. The company expanded during World War I, and stores were later opened outside Pennsylvania. The company grew in successive decades, especially in the ‘90s. However, after numerous CEOs failed to rescue its languishing presence, the chain filed bankruptcy in 2018. All stores were liquidated, though the company still operates a website.

Back when people took real photos with actual cameras, you had to get them developed somewhere. Enter Fotomat, founded by businessman Preston Fleet in California in 1968. The company’s gold-roofed kiosks soon popped up by the thousands in parking lots across America, and you could drive up and pick up your finished photos the next day. Most Fotomats shut down by the late ‘90s when one-hour film developing made the business obsolete.

RadioShack was founded in Boston in 1921 by the Deutschmann brothers to provide equipment for ham radio operators. The company was the place for electronics, once had 7,300 locations, and could claim to have a store within three miles of every American household. Now, not so much. The company filed for bankruptcy in 2015 and in 2017. Although it’s technically not gone (there are a few stores and a website remaining), it’s no longer the major retail player it once was.

Blockbuster, which was created in 1985, once had over 9,000 locations. It was a video rental store, where customers could rent videos and DVDs. In 2013, the chain announced it would begin closing all of its stores. Now, only a single Blockbuster remains in Bend, Oregon.

Borders was founded in Michigan in 1971 and became one of the top booksellers of the early 2000s. But when electronic book readers came into play, the company had to shutter all 511 locations and filed for bankruptcy in 2011.

Circuit City once had a whopping 567 stores at its peak, where you could buy anything from TVs and computers to audio equipment and car stereos. However, in 2008, after 59 years, the chain declared bankruptcy and began closing all of its locations.

CompUSA was created in Addison, Texas in 1984 and was originally named Soft Warehouse. However, it was changed in in 1991 when the company went public. The store specialized in computer software and computer products. In 2007, the chain couldn’t keep up with Circuit City and Best Buy, so 126 stores closed. Now, only a website remains.

The Discovery Channel stores first opened in 1995 and featured educational games, gifts, videos, books, and more that reflected the message you could watch on the channel. By 2007, the Discovery Channel announced it would close all of its standalone stores — 103 of them, to be exact – and focus on online retail only.

Gadzooks was a T-shirt retailer that originated in Mesquite, Texas and was founded in 1983. The chain grew exponentially to 422 stores and chose to focus more on teenage clothing. Yet, Gadzooks was forced to file for bankruptcy in 2004. On the bright side, the chain was sold to popular clothing brand Forever 21 in 2005 for $33 million.

Hhgregg was an appliances and electronics store that was founded in 1955 in Princeton, Indiana and, at one point, expanded into 20 states. But in 2017 the store closed over 130 stores and laid off more than 5,000 people. A few months later a website for the company remerged online to make a comeback for the electronics empire.

KB Toys was founded in 1922 in Pittsfield, Massachusetts. The epic toy store had 1,324 locations open as of 1999 and could be found in all 50 states. Despite its once booming success, KB Toys declared for bankruptcy twice, and closed all of its stores in 2009. Toys “R” Us acquired the rights to its name during the same year.

Linens ‘n Things was founded in 1975 in Clifton, New Jersey and was once a homeware and home accessories staple. The chain operated 571 stores across the United States and Canada, and also did business as a big box retailer. Eventually, the business struggled and all stores closed in 2008. In February 2009 a website was relaunched to sell home goods.

The consumer and electronics store, Sharper Image, was founded in 1977 in San Francisco, California. If you ever traveled through a shopping mall and sat in a comfy massage chair inside an electronics-filled store, it was probably a Sharper Image. However, the company filed for bankruptcy in 2008 and closed every single store. In 2009 the name was bought and a new website was relaunched. 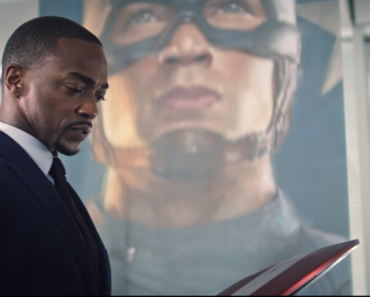