The goal of this study was to assess a diagnostic test that stratifies epileptic seizures from psychogenic non-epileptic seizures (PNES) by developing a multimodal algorithm that integrates plasma concentrations of selected immune response-associated proteins and patient clinical risk factors for seizure.

Distinguishing a genuine epileptic seizure from its mimics, such as PNES, poses a clinical challenge. While videos taken with cellphones have some utility, these digital aids cannot distinguish between the two.

Since outpatient electroencephalograms (EEGs) and epilepsy-monitoring units (EMUs) have their downsides and are not always available, a simple blood test capable of distinguishing the molecular signs of epilepsy from seizures occurring for other reasons would be a valuable additional diagnostic tool.

While a meta-analysis of 15 studies that assessed serum prolactin and other markers, such as adrenocorticotropic hormone, cortisol, neuron-specific enolase, creatinine kinase, ghrelin, and brain-derived neurotrophic factor, found that these serum protein levels may change following epileptic seizures, diagnostic sensitivity, specificity, and accuracy were lacking.

Growing evidence suggests that inflammation is highly associated with epileptic seizures. Seizures can induce the production of inflammatory mediators, some of which may play a role in perpetuating seizure disorders, such as interleukin (IL)-1β, IL-6, and tumor necrosis factor (TNF)-α, while other cytokines may have a seizure-inhibiting effect.

The researchers developed a multimodal algorithm that integrates plasma concentrations of select immune response-associated proteins and patient clinical risk factors for seizure. This strategy was partly based on the knowledge that PNES account for an estimated 20% of patients seeking medical care at comprehensive epilepsy centers. These patients are often assumed to have epilepsy and receive unnecessary testing and treatment.

A total of 137 patients were evaluated in the EMU for differential diagnosis or pre-surgical evaluation; 29 healthy volunteers also were prospectively enrolled in the study in 2014-2015.

Expanding the diagnostic algorithm to include clinical PNES risk factors, such as major depressive disorder, trauma, polyallergies, pain, and migraine, yielded an improved diagnostic performance with an AUC of 0.97±0.05.

Crino and team acknowledged that two false negatives might have arisen due to confounding variables and that they might also be observing a chronic immune response in patients having a baseline seizure frequency. They stated that future studies to assess baseline protein levels would be informative.

Longitudinal, demographic, and pharmacological aspects of epilepsy patients and tests against other paroxysmal events such as syncope, migraine, and hypoglycemia await further investigation in sufficiently powered studies to fully understand the clinical utility of the results, they noted.

Study Highlights and Explanation of Findings:

This small study found that four immune response-associated proteins — TRAIL, ICAM-1, MCP-2, and TNF-R1 — could be used to distinguish patients with EEG-confirmed epileptic seizures from PNES when assayed within 24 hours after the clinical event. The performance of the biomarker strategy was improved when augmented with clinical and demographic information.

They noted that the study population was representative of patients typically seen in the EMU. They observed both focal and generalized seizures and seizure frequency ranged from fewer than one per year to multiple seizures per day.

“The study should be viewed as a promising, but very preliminary, study in exploring biomarkers to differentiate epileptic seizures from PNES,” observed G. Bryan Young, MD, of the University of Western Ontario in London, Canada, and Liu Lin Thio, MD, PhD, of Washington University in St. Louis, in an accompanying editorial.

“The cohorts were small in number and do not allow a reliable assessment of how various clinical factors, such as age, sex, seizure type, specific anti-seizure medications, and drug responsiveness, influence the blood levels of pro-inflammatory or anti-inflammatory markers,” Young and Thio wrote. “The specific proteins found to differentiate epileptic seizures and PNES are somewhat unexpected and many good candidates were not found to be significant. Also, the origin of the plasma proteins that help to distinguish epileptic seizures from PNES is unclear and could have been muscle or another tissue rather than brain.”

“Multicenter studies involving large numbers of patients with various seizure types and careful tabulation of various associated clinical variables (as done in this preliminary study) may provide definitive answers,” they added. “Ultimately, if specific proteins help to reliably differentiate epileptic seizures from PNES patients when combined with clinical features, an inexpensive, practical assay should be developed, as measuring cytokines and other inflammatory markers would otherwise not be feasible for most clinical units.” 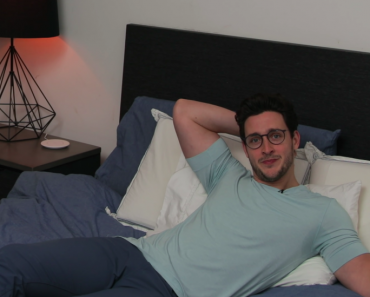