Israel is already issuing what they’re calling “green passes.” Australia, Denmark, and Sweden have committed to implementing passports and the United States, the British government, and the European Union are considering their own versions, the authors note.

Although the passports’’ uses will differ, they all will serve as proof that the bearer has been fully vaccinated against COVID-19 in an effort to reopen economies safely.

Hall and Studdert point out that vaccine supplies are currently limited so granting privileges to people who have been fortunate to get them “is morally questionable.”

Even when the vaccines are more widely available, they note, rates among minorities and low-income people are likely to remain low, which could lead to discrimination.

Additionally, a passport system would essentially penalize people with religious or philosophical objections to getting vaccinated.

It would also penalize people who just don’t want to get vaccinated, but the authors say, “[R]equiring people who decline vaccination to bear some consequence for their refusal seems only fair, especially if, collectively, such hesitancy puts herd immunity out of reach.”

The range of competing arguments, the authors say, suggest “it would be precipitous — and extremely unlikely in the United States — to make vaccine passports government policy.”

But the arguments don’t support a ban on all use of vaccine certification, as some have proposed, they say.

Florida Gov. Ron DeSantis said this week that he would issue an executive order forbidding local governments and businesses from requiring the passports.

One area that has gained more clarity is the protection the vaccines provide, an argument for having a credential. The authors point out that the data show risk, especially in terms of severe disease and death, is dramatically reduced with vaccinations.

However, Nancy Jecker, PhD, professor of bioethics & humanities at the University of Washington School of Medicine in Seattle, says that though the vaccines decrease risk, little is known about the length of immunity.

Showing a credential, then, could backfire and lead to a false sense of security and a risk to public health, she told Medscape.

Pfizer on Thursday said data from a phase III trial show protection lasts at least 6 months and protects against the B.1.351 strain that originated in South Africa.

But, Jecker says, with questions about length of protection and the moving target of multiple variants, how will people asking for the credential be assured the protection is still valid?

Jecker said at the core of the ethical concerns surrounding passports is health disparities.

“Unless we have a fair and equitable system for distributing vaccines, vaccine passports will only further entrench inequities,” she said.

People of color are already disproportionately affected by COVID-19, more likely to die from it, and many are hesitant to get vaccinated, Jecker notes.

She said passports, which are expected to be used first for travel, will leave the low-income countries behind.

A recent paper published in the JAMA reports that high-income countries have reserved more than half of the world’s COVID-19 vaccine doses despite representing just 14% of the world’s population.

“There are inequities not just nationally, but internationally,” Jecker said.

She pointed out that some people aren’t able to get vaccinated because of medical reasons. That brings up a question of whether they should be able to have a passport and whether their medical exemption would have to be listed on the document.

“If you require people to disclose their health reasons, you start to violate privacy,” she said.

The American Civil Liberties Union issued a statement on Wednesday listing privacy concerns it has with any eventual vaccine passport.

Among them is the potential for overuse.

“If a passport system makes it very easy to ask for and to provide proof of vaccination, it’s likely that such requests will become overused as people get asked for credentials at every turn,” the ACLU writes.

“While there are legitimate circumstances in which people can be asked for proof of vaccination, we don’t want to turn into a checkpoint society that outlasts the danger of COVID and that casually excludes people without credentials from facilities where vaccine mandates are not highly justified.”

Jecker said such monitoring could even lead to profiling of certain racial or religious groups.

She asks, “What’s the policing of this going to look like and who will be disadvantaged there?”

Hall and Studdert suggest a good place to start in the United States is for the government to set standards for reliable documentation of vaccination.

Those standards will likely be proposed soon by public–private partnerships starting with the travel industry and moving into entertainment and other areas.

Allowing sports teams, restaurants, and other businesses some flexibility in determining access is reasonable and may even encourage uptake, the authors say. But safeguards need to be put in place around unlawful discrimination.

“Although not in the driver’s seat, government will have to help steer,” Hall and Studdert say, adding that this will be particularly important when private policies affect job opportunities.

That appears to be the White House approach so far.

This week, White House press secretary Jen Psaki said the Biden administration would make recommendations, but “we believe it will be driven by the private sector.” 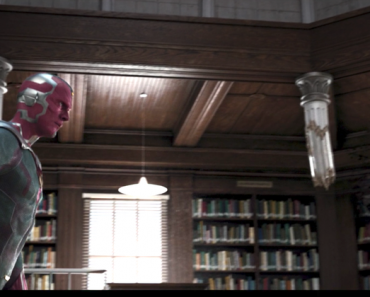