In early March of 2020, HBO announced that it was once again partnering with Craig Mazin, creator of the HBO limited series Chernobyl, this time on an adaptation of the Naughty Dog video game, The Last of Us, the story of two survivors of an apocalyptic pandemic event.

Of course, the WHO’s announcement of a real global pandemic was only days away, which would stall development; but it would not kill the series. HBO ordered the series officially in November, with Kantemir Bagalov set to direct. Mazin was also to work alongside the video game franchise’s writer and creative director, Neil Druckmann.

The Last of Us was released on PlayStation 3 in June of 2013. Gamers play primarily as Joel (Troy Baker), a smuggler who must escort a 14-year-old girl (Ashley Johnson) out of a quarantine zone and across an apocalyptic U.S. While video game escort missions are not usually a favorite for gamers, the mechanics and storyline of The Last of Us proved so engrossing the game took home the Game of the Year Award. For its emotional character-driven storyline and visceral gameplay, it’s widely considered one of the best games of all time.

Video game adaptations, however, don’t often prove successful. Beloved franchises like Assassin’s Creed and Tomb Raider saw—let’s just say—less than spectacular results. Showtime will be giving Halo a go sometime this year. Best of luck to them as well. For now, maybe the best hope of a great live action video game adaptation is this one right here.

What is The Last of Us’s release date?

HBO has not set a release date yet. Originally, Mazin wanted to begin production only after The Last of Us Part II released, giving both him and Druckmann further material. That game hit shelves last June, but it’s unclear when HBO plans to begin filming. The network only today announced it had cast its two leads; we’ll probably hear more casting news in the coming weeks, and perhaps more information about production after that.

Who will be in the cast?

Game of Thrones stars Pedro Pascal (Oberyn Martell) and Bella Ramsey (Lyanna Mormont) will be co-starring as Joel and Ellie. Pascal has since been the lead in another massively successful escort mission franchise—The Mandalorian, in which he smuggles Baby Yoda across the galaxy. Ramsey has since appeared on HBO’s His Dark Materials.

What will the plot be?

Upon announcement, The Last of Us was reported to cover events of the original game—with possible additions after the release of the game’s sequel. HBO provided a summary for the series:

“The story takes place 20 years after modern civilization has been destroyed. Joel, a hardened survivor, is hired to smuggle Ellie, a 14-year-old girl, out of an oppressive quarantine zone. What starts as a small job soon becomes a brutal, heartbreaking journey, as they both must traverse across the U.S. and depend on each other for survival.”

Last summer, Mazin told the BBC that he and Druckmann would “fill things out and expand, not to undo, but rather to enhance” the original story. So there will be some additions to help flesh out the storyline. But mostly we can expect a relatively faithful adaptation of the original story. If it ain’t broke, don’t fix it.

Will there be a second season?

It’s been reported that there are talks of “future seasons,” but nothing has been confirmed. If Mazin and Druckmann are sticking primarily to events of the first game, then it would leave open at least a follow-up season tied to the game’s sequel. Or maybe HBO is looking to turn The Last of Us into another sprawling Game-of-Thrones-style series. If so, we hope the writers are up for the task. Fingers crossed on this video game adaptation. 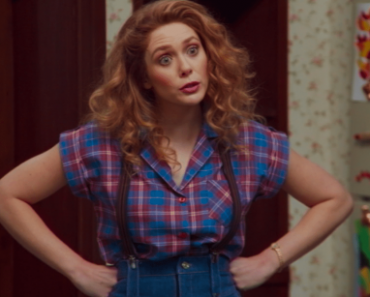