There are some awesome side characters in the Marvel Cinematic Universe. You know the type—a smaller, supporting role, a character who may lack superpowers but usually makes up for it with wit or humor. We’re talking about the Coulsons (Clark Gregg), the Korgs (Taika Waititi), the Shuris (Letitia Wright). Two characters just like that—FBI Agent Jimmy Woo (Randall Park) and Dr. Darcy Lewis (Kat Dennings)—are having spotlight moments now in WandaVision, Marvel’s first Disney+ series. It’s making people thirsty for more, and it’s coming along with some pretty damn good ideas.

The best of those ideas, and the one that seems to be gaining quite a bit of traction among the MCU faithful, centers around Park’s character, Jimmy Woo solving a series of supernatural mysteries. Jimmy, who first appeared in a supporting role in 2018’s Ant-Man and the Wasp, has become even more of a fan favorite since coming into a central role and getting a bit more shine in WandaVision. Park is an incredibly talented comic actor, one capable of being taken seriously as a law enforcement official, but at the same time with a propensity to keep things, light, funny, while always being quite charismatic.

The idea is believed to have originated from actor and filmmaker Stephen Ford. Ford’s Tweet, which has now gotten nearly 28,000 retweets and 192,000 likes, says the following: “Hear me out: An entire Disney+ show about Jimmy Woo just working weird cases in the MCU.Like a fun X-Files. Make it happen.”

We’ll just ignore the part feeling the need to qualify this hypothetical show as a “fun” X-Files (The actual X-Files is about….solving….supernatural…..mysteries. How much more fun does it get?) and move on to the fact that it really is just a great idea for a show. Randall Park is an absolute joy in everything, but Jimmy Woo is particularly enjoyable to watch and can certainly lead his own series.

The fun really got started, though, when we learned that Park and Dennings would both be into the series if the Marvel powers that be decided they wanted to make it.

Click here to subscribe to MH MVP and get the best in exclusive features and workout tips.

“I think that’s a great idea,” Park said in an interview with NME. “Yeah, something like that would be very cool to be a part of. It’s already such a dream to be in the Marvel Universe, but to be able to keep playing Jimmy Woo would be incredible.”

In another interview with ComicBook.com, Park reiterated his support, saying he’d be on board as long as the boss was on board. “I would be down,” he said. “If Kevin Feige wanted that, in a heartbeat, of course I would do it.“

Dennings seemed similarly excited. “Anything Marvel would ever want from me is always going to be a yes,” she told NME. “And I would love to watch that. Big Randall Park fan.”

There’s also apparently support from voices inside the building. Simu Liu, the star of Canadian sitcom Kim’s Convenience who’s set to make his own MCU debut as the star of Shang-Chi and the Legend of the 10 Rings, shared Ford’s tweet and endorsed the idea.

Peyton Reed, who directed Park’s first Marvel film Ant-Man and the Wasp (as well as the first Ant-Man and another upcoming sequel), liked Ford’s tweet. Maybe he’ll give Mr. Feige a call.

The only downside of a series like this would be if it winds up like Agents of S.H.I.E.L.D.—maybe fun in its own silo, but almost entirely disconnected from the overarching story of the MCU films and now Disney+ series.

One suggestion? Absolutely make this Jimmy Woo series, 100%, but leave it as a 4-6 episode season every few years, The Sinner or Sherlock style. Let Jimmy serve as some connective tissue within the universe, throw in some fun cameos and a big mystery, and find a showrunner who knows how to make this kind of thing really, really fun (may we suggest the Search Party team of Sarah-Violet Bliss and Charles Rogers (if their brand new HBO Max deal allows for it)?). Don’t overuse Jimmy, don’t disconnect him from everything, but most importantly make sure that everything is executed to actually be just as fun as fun as this idea feels. 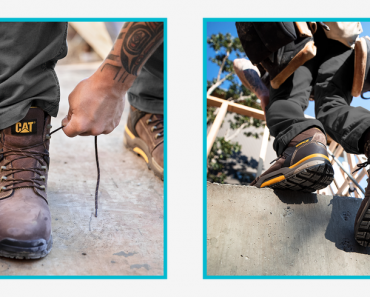 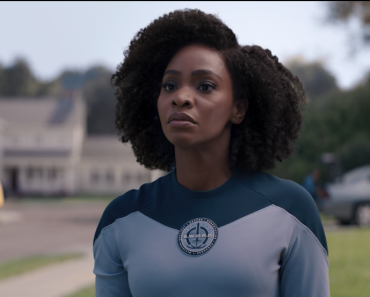