March 4, 2021 — A 16-minute podcast from JAMA: TheJournal of the American Medical Association that attempts to discuss structural racism in the U.S. health care system has stirred conversation on social media about the handling and promotion of the episode.

Published on Feb. 23, the episode is hosted on JAMA’s learning platform for doctors and is available for continuing medical education credits.

“No physician is racist, so how can there be structural racism in health care? An explanation of the idea by doctors for doctors in this user-friendly podcast,” JAMA wrote in a Twitter post to promote the episode. That tweet has since been deleted.

The episode features host Ed Livingston, MD, the deputy editor for clinical reviews and education at JAMA, and guest Mitchell Katz, MD, the president and CEO for NYC Health + Hospitals and deputy editor for JAMA Internal Medicine. Livingston approaches the episode as “structural racism for skeptics,” and Katz tries to explain how structural racism deepens health disparities and what health systems can do about it.

“Many physicians are skeptical of structural racism, the idea that economic, educational, and other societal systems preferentially disadvantage Black Americans and other communities of color,” the episode description says.

In the podcast, Livingston and Katz speak about health care disparities and racial inequality. Livingston, who says he “didn’t understand the concept” going into the episode, suggests that racism was made illegal in the 1960s and that the discussion of “structural racism” should shift away from the term “racism” and focus on socioeconomic status instead.

“What you’re talking about isn’t so much racism … it isn’t their race, it isn’t their color, it’s their socioeconomic status,” Livingston says. “Is that a fair statement?”

But Katz says that “acknowledging structural racism can be helpful to us. Structural racism refers to a system in which policies or practices or how we look at people perpetuates racial inequality.”

Katz points to the creation of a hospital in San Francisco in the 1880s to treat patients of Chinese ethnicity separately. Outside of health care, he talks about environmental racism between neighborhoods with inequalities in hospitals, schools, and social services.

“All of those things have an impact on that minority person,” Katz says. “The big thing we can all do is move away from trying to interrogate each other’s opinions and move to a place where we are looking at the policies of our institutions and making sure that they promote equality.”

Livingston concludes the episode by reemphasizing that “racism” should be taken out of the conversation and it should instead focus on the “structural” aspect of socioeconomics.

“Minorities … aren’t [in those neighborhoods] because they’re not allowed to buy houses or they can’t get a job because they’re Black or Hispanic. That would be illegal,” Livingston says. “But disproportionality does exist.”

On Twitter, doctors and health care professionals commented on the podcast, often aghast that the episode was allowed to run and that it featured an inadequate approach to discussing structural racism in medicine, particularly coming from editors of prominent medical journals.

“Why name your episode structural racism if you don’t adequately address it or believe in it, despite the evidence?” Tamara Saint-Surin, MD, an assistant professor at the University of North Carolina at Chapel Hill, wrote on Twitter on Wednesday.

Social media users pointed to other researchers and experts who could provide a nuanced, complex view of the ways that structural racism affects U.S. patients. On Thursday morning, Saint-Surin pointed out that the podcast episode was still available.

“I’m confused,” she wrote. “Why has @JAMA_current re-shared 3 articles from the past year regarding health inequities and racial injustice in the past HOUR … but they have yet to address their ridiculous podcast episode?” 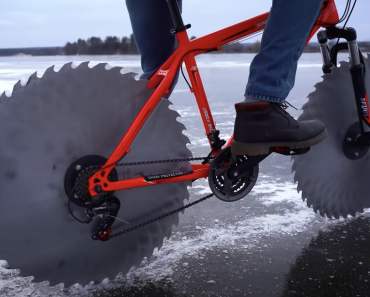