Every year, suicide prevention specialist Julie Rickard looks at the research on suicide rates and decides where her organization will put its time and money. For the last 2 years, Rickard, who runs the National Center for Suicide Survivors, has focused on two key groups of people: teens and senior citizens.

You’ve probably heard about the increasing rates of suicide among adolescents and teens, but you probably haven’t heard that rates are going up in older adults too. And this is a population that already loses a lot of people to suicide.

“Older adults are about 12% of the population but make up about 18% of the suicides,” says Jerry Reed, PhD, senior vice president for practice leadership at the Education Development Center, an organization that runs suicide prevention programs nationwide.

One reason the numbers are so high is that older adults, especially men, have a much higher death rate than other groups. One in 4 seniors who attempt to kill themselves will die, compared to 1 in 200 youths.

That’s because they often have access to some of the most lethal means: firearms and medication. “51% of all completed suicides are with a firearm,” Reed says. “With older adults, that number rises to about 70%.”

“When they make a tragic decision, they tend to follow through with it,” Reed says. “Yet we hear so little about it.”

“It’s really important for people to understand that people who kill themselves are trying to get rid of the physical and emotional pain they are experiencing,” says Marilyn Mendoza, PhD, a clinical instructor at Tulane University Medical School, who writes about mental health for Psychology Today. “If they could push a button and end that pain, they wouldn’t kill themselves. But they are hopeless, and that’s what leads to suicide.”

In fact, Reed believes more than 90% of people who attempt suicide have untreated or undertreated depression.

For seniors, things that contribute to that depression can include:

“When you get that old, there are not a lot of people around that you knew,” Mendoza says. “You’ve outlived most of them, and all that change is very distressing. You don’t hear as well, you don’t see as well, your arthritis bothers you. All these things build up, and it becomes very hard.”

Rickard says the pandemic has given the rest of us a little glimpse into what that feels like. People are isolated at home away from their communities and worrying about their health and safety. “We are now seeing rates of depression of 50% in the general population, because all of a sudden we pulled out their main coping strategies,” she says. “Well, that’s what it’s like for every senior.”

“Culturally, in America, we just assume, ‘Of course older adults are depressed, of course they don’t have things to do, this is normal,’” Rickard says. And that perspective leaks into health care as well. “The average age of doctors is half the age of seniors who are coming in for care, and seniors are stereotyped with the idea that it’s normal to have pain, to feel alone, and to experience multiple deaths.”

“Depression is not a normal component of aging,” Reed says, “and it is just as treatable in an 80-year-old as it is in an 18-year-old.” He and others emphasize that we need to have much better screening for seniors in doctor’s offices, emergency rooms, and programs that serve older adults.

“58% of older adults who die by suicide have seen their primary care practitioner in the last month of their life,” Reed says. But they’re more likely to have talked to their doctor about a physical complaint, rather than a mental health concern.

“There’s an opportunity there to inquire about their mental health, and we should. There are screening instruments that will quickly tell you whether someone is struggling with a mental health concern,” Reed says. If they are, “there are plenty of interventions, pharmaceutical, therapeutic, support groups. Making a caring contact with an older adult can be the difference between life and death.”

Symptoms of Depression or Suicide Risk in Seniors

A senior may be depressed or suicidal if they:

Rickard acknowledges that it can sometimes be confusing when seniors talk about what will happen after they die, since they’re closer to it than most folks. You have to ask: “Are you thinking about suicide?”

“There’s that old belief that if you ask somebody if they are thinking of killing themselves or hurting themselves that will make them do it, and that’s not true,” Mendoza says. “If anything, it is a relief for them that they can share it.”

After a traumatic event like losing a spouse, seniors are “more vulnerable to attempting suicide. Those are the times that family members or others need to start paying attention,” Mendoza says.

How to Help a Senior Who Is Depressed or Suicidal

The most important thing we can do, Reed says, “is anything to keep people connected. That’s what it’s all about. Don’t let people be isolated and believe that they have no value. It’s really important that everyone’s worth be well recognized in a community.”

You can do that yourself by caring for a friend or loved one, but you can also help them connect to organizations in their community where they can find support, friendship, and a sense of purpose.

One study in Italy found that phone calls twice a week to at-risk seniors made it much less likely they would kill themselves.

What You Can Do

If you think your loved one is in immediate danger, call 911, take them to an emergency room, or call the National Suicide Prevention Lifeline at 800-273-8255. Don’t leave them alone, and make sure they don’t have access to guns, medications, or other means.

“The No. 1 thing to recognize is that depression and suicidal thoughts are not normal when you’re older,” Rickard says. “It is very treatable, and the best thing you can do is advocate for their loved one because if someone is depressed, they cannot advocate for themselves.”

More Organizations That Can Help 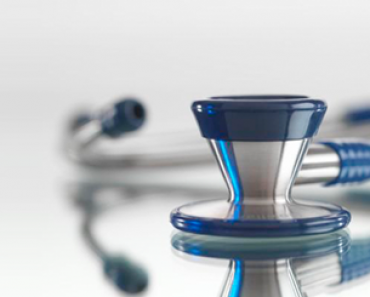