The Mars we see today is mostly dry, dusty, and barren. Sure, there is some water locked away in ice near the poles, and possibly some melting that happens during the Martian year, but aside from that there’s very little that offers clues as to the planet’s potentially rich and life-giving history. Projects like the ExoMars Trace Gas Orbiter, sent to Mars by the European Space Agency and Russia’s Roscosmos space group, are helping to pull the curtain back and reveal some of the secrets the planet still holds.

Now, in a pair of new studies published in Science Advances, researchers using data from the Trace Gas Orbiter reveal that they’ve found a gas they’ve never seen before around Mars. The newfound gas, hydrogen chloride, which is the first halogen gas found in the Martian atmosphere, seems to be linked to seasonal changes, but the discovery ultimately raises more questions than it answers.

A planet’s atmosphere might not seem like a super important thing to study, especially in the case of an atmosphere as thin as that of Mars. But while the atmosphere of Mars may not be enough to support life on its surface, it can still serve as an indicator of what processes are playing out on the surface of the planet. The exciting part about discovering hydrogen chloride in the Martian atmosphere is that it suggests that water was (or still is) a significant component of the planet’s climatology.

“You need water vapour to free chlorine and you need the by-products of water—hydrogen—to form hydrogen chloride. Water is critical in this chemistry,” Kevin Olsen, co-author of the research, said in a statement. “We also observe a correlation to dust: we see more hydrogen chloride when dust activity ramps up, a process linked to the seasonal heating of the southern hemisphere.”

But what exactly does this mean? It’s still hard to say. Whatever is generating the gas appears to be linked to summer in the planet’s southern hemisphere, but beyond that, it’s difficult to determine the chain of events that is leading to its generation.

In the second paper, researchers reveal that measurements of the ratio of deuterium to hydrogen in the planet’s atmosphere point to huge losses of water over the planet’s history. This supports the idea that Mars was once rich with water and potentially even supported massive lakes, rivers, and oceans on its surface.

Mike Wehner has reported on technology and video games for the past decade, covering breaking news and trends in VR, wearables, smartphones, and future tech.

Most recently, Mike served as Tech Editor at The Daily Dot, and has been featured in USA Today, Time.com, and countless other web and print outlets. His love of
reporting is second only to his gaming addiction. 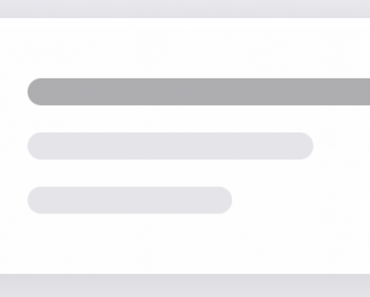