Marvel’s Cinematic Universe is a unique accomplishment. No other studio has gotten anywhere close to building such a massive universe of interconnected stories. That’s why Avengers: Endgame turned out to be such an enormous success for the company. The film was the culmination of more than a decade of interconnected movies weaved into a much bigger story. What’s even more impressive is that Marvel Studios did it without having complete control over some of the comic characters that Marvel Comics developed. Marvel could not make any standalone Hulk movies that might develop the character’s arc with the help of other films. Spider-Man came in much later in the game, at a point where fans already loved Marvel’s MCU as it was. The Fantastic Four and the X-Men were never available to Marvel creatives, as Fox was developing its own projects with the two teams of superheroes. But then Disney acquired Fox, so the X-Men, Deadpool, and the Fantastic Four returned home. These characters will appear in the MCU in the future, with Phase 4 serving as a launchpad for the new superheroes.

Marvel confirmed in summer 2019 that Fantastic Four and mutants projects are underway. Back in December 2020, Marvel announced the first official details about the first Fantastic Four movie. We have no idea how these characters will be introduced or how Marvel will explain what these superheroes were doing while the Avengers were rising. But we do have a purported X-Men plot leak that indicates the mutants were present on Earth long before Endgame — and during that epic conflict. Before we go any further, you should know that potential spoilers follow below.

While the Fantastic Four could appear at any point in the MCU, the mutants are more complicated. There are many more mutants than Fantastic Four characters, and Marvel will have to have an origin story for all for them. Some theories suggested that the mutants might drop in from a different reality, now that the multiverse has been introduced in the MCU. Others said that the mutants’ X-gene might have been activated by the various Infinity Stone snaps that we witnessed in Infinity War and Endgame. Those massive energy discharges could trigger the X-gene and activate mutants.

But the X-Men origin story might be a lot simpler if a new 4chan leak is accurate. As is the case with other Marvel leaks, I’ll point out there’s no way of verifying any of these details. Marvel also has plenty of time to change things around — but the claims do make sense and we’ve seen similar leaks from the same message board turn out to be accurate.

Even the leaker says that their information for The Mutants is from early discussions, as nothing had been finalized. A different leak said a few days ago that Marvel will call the first X-Men film The Mutants, which could be an homage to Stan Lee’s initial title for the comics. But this new leak says that might not be the final name of the film.

The 4chan leak says that the X-Men film will be directly connected to Eternals. The project will be focused on Moira MacTaggert and her ability to live through the ages, as well as on Charles Xavier. They will both meet in their youths in the 1990s, long before the events of Endgame.

“Moira will have several lives, and in them, she will find out about the few people like her,” the leaker said. “In the current one, where she is a scientist, she realizes about the X-gene. We’ve already seen Moira in Fox’s X-Men played by Olivia Williams and Rose Byrne.

Charles “will apparently have a journey from elitist teenager to human rights activist when he meets Moira.” He’ll realize he’s a mutant and start building the Xavier Institute to house those who have been rejected by their families. The movie will show there were mutants before Iron Man. They got the courage to start using their powers after Tony Stark revealed himself to be Iron Man in 2008. Secret organizations then captured these people, according to the leak.

The film will take place through the years until it reaches the present day. After Endgame, humanity will begin to hate heroes and people with powers — and WandaVision already gave us a glimpse of that. An outbreak of mutants seems like it would definitely frighten people.

The film will make no mention of the name “X-Men,” the leaker claims. Kevin Feige wants the first lineup of combat mutants to be based on the First Class comics. Feige supposedly “wants the social clash to be the focus, so the first antagonists considered are the Brotherhood of Mutants, where there will be questions about assuming their identity to the world or not, and the film ends with humanity aware of the existence of an evolution to Homo Superior.” The top Marvel exec also apparently wants the film to address social issues, including minorities and the evolution of humanity.

The leaker listed some of the actors that are reportedly being considered for the film: Jacob Elordi, Saoirse Ronan, Yara Shahidi, Charlie Rowe, Amandla Stenberg, Trevor Jackson, Brandon Flynn, Sonequa Martin-Green, Evan Rachel Wood, and Joseph Gordon-Levitt. The same leaker offered purported plot details for Fantastic Four and Doctor Strange 2, but it’s obviously much too soon to know if any of those details will end up being accurate.

Chris Smith started writing about gadgets as a hobby, and before he knew it he was sharing his views on tech stuff with readers around the world. Whenever he’s not writing about gadgets he miserably fails to stay away from them, although he desperately tries. But that’s not necessarily a bad thing. 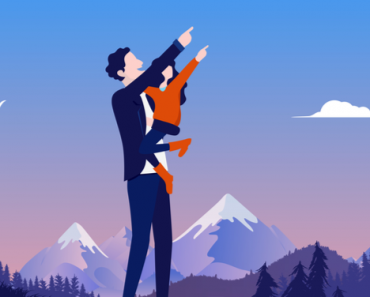