The camera team behind the first high-definition panorama that NASA’s Perseverance rover snapped on the surface of Mars will discuss the new imagery in a live Q&A on Thursday (Feb. 25) at 4 p.m. EST (2100 GMT).

You can watch it live in the window above, courtesy of NASA TV, or directly via the agency’s website at nasa.gov/live.

NASA’s Mars 2020 Perseverance rover got its first high-definition look around its new home in Jezero Crater on Feb. 21, after rotating its mast, or “head,” 360 degrees, allowing the rover’s Mastcam-Z instrument to capture its first panorama after touching down on the Red Planet on Feb 18. It was the rover’s second panorama ever, as the rover’s Navigation Cameras, or Navcams, also located on the mast, captured a 360-degree view on Feb. 20.

Mastcam-Z is a dual-camera system equipped with a zoom function, allowing the cameras to zoom in, focus, and take high-definition video, as well as panoramic color and 3D images of the Martian surface. With this capability, the robotic astrobiologist can provide a detailed examination of both close and distant objects.

The cameras will help scientists assess the geologic history and atmospheric conditions of Jezero Crater and will assist in identifying rocks and sediment worthy of a closer look by the rover’s other instruments. The cameras also will help the mission team determine which rocks the rover should sample and collect for eventual return to Earth in the future.

Stitched together from 142 images, the newly released panorama reveals the crater rim and cliff face of an ancient river delta in the distance. The camera system can reveal details as small as 0.1 to 0.2 inches (3 to 5 millimeters) across near the rover and 6.5 to 10 feet (2 to 3 meters) across in the distant slopes along the horizon.

“We’re nestled right in a sweet spot, where you can see different features similar in many ways to features found by Spirit, Opportunity, and Curiosity at their landing sites,” said Jim Bell of Arizona State University’s School of Earth and Space Exploration, the instrument’s principal investigator. ASU leads operations of the Mastcam-Z instrument, working in collaboration with Malin Space Science Systems in San Diego.

The camera team will discuss the new panorama during a question and answer session at  4 p.m. EST Thursday, Feb. 25, which will air live on NASA Television and the agency’s website, and will livestream on the agency’s Facebook, Twitter, Twitch, Daily Motion, and YouTube channels, as well as the NASA app. Speakers include:

Mastcam-Z’s design is an evolution of NASA’s Curiosity Mars rover’s Mastcam instrument, which has two cameras of fixed focal length rather than zoomable cameras. The two cameras on Perseverance’s Mastcam-Z dual cameras are mounted on the rover’s mast at eye level for a person 6 feet, 6 inches (2 meters) tall. They sit 9.5 inches (24.1 centimeters) apart to provide stereo vision and can produce color images with a quality similar to that of a consumer digital HD camera.

More About the Mission

A key objective of Perseverance’s mission on Mars is astrobiology, including the search for signs of ancient microbial life. The rover will characterize the planet’s geology and past climate, pave the way for human exploration of the Red Planet, and be the first mission to collect and cache Martian rock and regolith (broken rock and dust).

Subsequent NASA missions, in cooperation with ESA (European Space Agency), would send spacecraft to Mars to collect these sealed samples from the surface and return them to Earth for in-depth analysis.

The Mars 2020 Perseverance mission is part of NASA’s Moon to Mars exploration approach, which includes Artemis missions to the Moon that will help prepare for human exploration of the Red Planet.

JPL, which is managed for NASA by Caltech in Pasadena, California, built and manages operations of the Perseverance rover.

For more about Perseverance, go to:

For more information about NASA’s Mars missions, go to:

To see images as they come down from the rover and to vote on the favorite image of the week, go to:

NASA astronauts Kate Rubins and Victor Glover will take a 6.5-hour spacewalk outside the International Space Station on Sunday, Feb. 28, beginning at 6:30 a.m. EST (1130 GMT). You can watch live coverage of the spacewalk beginning at 4:30 a.m. EST (0930 GMT), courtesy of NASA TV.

Rubins and Glover will be assembling and installing modification kits for the space station’s upcoming solar array upgrades. A second spacewalk on March 5 will send Rubins out with JAXA astronaut Soichi Noguchi to vent ammonia from the station’s Early Ammonia System, part of the station’s cooling system, among other tasks.

NASA held a news conference on Wednesday (Feb. 24) to preview the two upcoming spacewalks, and you can watch a rerun of the briefing below:

Editor’s Note: This media advisory was updated Feb. 22 to update information on flight directors for the Feb. 28 and March 5 spacewalks.

Three crew members from Expedition 64 will conduct two spacewalks working in pairs Sunday, Feb. 28, and Friday, March 5, to continue upgrades on the International Space Station. NASA will discuss the upcoming spacewalks during a news conference at 2 p.m. EST Wednesday, Feb. 24.

Live coverage of the briefing and spacewalks will air on NASA Television, the NASA app, and the agency’s website.

With safety restrictions related to the ongoing coronavirus (COVID-19) pandemic, NASA centers will be unable to host reporters on-site. Reporters who wish to participate by telephone must call the newsroom at NASA’s Johnson Space Center in Houston at 281-483-5111 to RSVP no later than 4 p.m. Tuesday, Feb. 23. Those following the briefing on social media may ask questions using #AskNASA.

NASA flight engineers Kate Rubins and Victor Glover, as well as Japan Aerospace Exploration Agency (JAXA) astronaut Soichi Noguchi, will conduct the upcoming spacewalks, which will be the 235th and 236th in the history of station assembly, maintenance, and upgrades.

On Sunday, Feb. 28, Rubins and Glover will step out of the space station to begin assembling and installing modification kits required for upcoming solar array upgrades. The current solar arrays are functioning well, but have begun to show signs of degradation, as expected, as they were designed for a 15-year service life. The first pair of solar arrays were deployed in December 2000 and have been powering the station for more than 20 years. Later this year, the new solar arrays will be positioned in front of six of the current arrays, increasing the station’s total available power from 160 kilowatts to up to 215 kilowatts. Rubins will be extravehicular crew member 1 (EV 1) wearing red stripes. Glover will be extravehicular crew member 2 (EV 2) and wear a suit with no stripes.

On Friday, March 5, Rubins and Noguchi will venture outside the orbiting outpost to vent ammonia from the Early Ammonia System and complete several other tasks. The pair will install a “stiffener” on the Quest airlock thermal cover to prevent it from blowing out when residual atmosphere escapes as the hatch is opened. Glover began addressing this issue on a previous spacewalk by installing a stronger magnet to keep the cover closed. The crew also will remove and replace a wireless video transceiver assembly. Rubins will be EV 1 and Noguchi will be EV 2.

In November 2020, the International Space Station surpassed its 20-year milestone of continuous human presence, providing opportunities for unique research and technological demonstrations that help prepare for long-duration missions to the Moon and Mars and also improve life on Earth. In that time, 242 people from 19 countries have visited the orbiting laboratory that has hosted nearly 3,000 research investigations from researchers in 108 countries and areas.

For more information about the International Space Station, its research, and its crew, please visit:

‘ISS Live!’ Tune in to the space station

Find out what the astronauts and cosmonauts aboard the International Space Station are up to by tuning in to the “ISS Live” broadcast. Hear conversations between the crew and mission controllers on Earth and watch them work inside the U.S. segment of the orbiting laboratory. When the crew is off duty, you can enjoy live views of Earth from Space. You can watch and listen in the window below, courtesy of NASA.

“Live video from the International Space Station includes internal views when the crew is on-duty and Earth views at other times. The video is accompanied by audio of conversations between the crew and Mission Control. This video is only available when the space station is in contact with the ground. During ‘loss of signal’ periods, viewers will see a blue screen.

“Since the station orbits the Earth once every 90 minutes, it experiences a sunrise or a sunset about every 45 minutes. When the station is in darkness, external camera video may appear black, but can sometimes provide spectacular views of lightning or city lights below.” 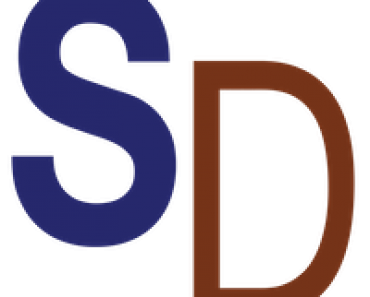