Welcome to the NHL On Tap. Three NHL.com writers will share what they are most looking forward to on the schedule each day. Today, their choices from the seven games Monday.

Don’t look now, but the Winnipeg Jets are on a roll. They’ve won four straight games and will look to extend their streak when they host the first half of a back-to-back set against the Vancouver Canucks on Monday (8 p.m. ET; TVAS, TSN3, SNP, NHL.TV). There’s a lot going right for the Jets, who are third in the Scotia North Division, one point behind the second-place Edmonton Oilers. Winnipeg has scored 14 goals during its four-game winning streak and is third in the NHL averaging 3.45 goals per game. Forward Mark Scheifele, whose six-game goal streak ended in a 2-1 overtime win against the Montreal Canadiens on Saturday, leads the Jets with 28 points (11 goals, 17 assists) in 20 games. Goalie Connor Hellebuyck has been steady again this season, going 10-5-1 with a 2.56 goals-against average and .918 save percentage, helping Winnipeg rank seventh in the NHL with a 2.60 GAA. The Jets want to keep a good thing going heading into March and that starts Monday against the Canucks. — Tracey Myers, staff writer

Can the Toronto Maple Leafs duplicate their near-perfect performance in a 4-0 win against the Edmonton Oilers on Saturday when the teams play again Monday (10 p.m. ET; ESPN+, SN1, SNO, SNW, NHL.TV)? The intriguing matchup between Oilers captain Connor McDavid, whose 40 points (14 goals, 26 assists) lead the NHL, and Maple Leafs sniper Auston Matthews, who’s first with 18 goals, failed to materialize when the latter was scratched Saturday with a sore wrist. Matthews’ status is day to day and Toronto coach Sheldon Keefe said the center is a game-time decision Monday. Even without Matthews, Toronto’s win in the first of three straight between these teams was textbook brilliant. The same kind of complete team effort (with a regulation win) would increase the Maple Leafs’ lead in the North to eight points over the Oilers. Their challenge again will be to throttle McDavid, who was held to a single shot Saturday and finished minus-3. — Dave Stubbs, columnist

Cooler heads prevail for the Blues

The St. Louis Blues ended a three-game losing streak with a 7-6 win against the San Jose Sharks on Saturday. Forwards Zach Sanford and Ryan O’Reilly each scored two points and defenseman Marco Scandella had three (two goals, one assist) en route to St. Louis’ sixth win in seven road games. Goalie Jordan Binnington was pulled and Ville Husso earned the win, stopping 19 of 21 shots. Husso will make the start Monday against the Anaheim Ducks at Honda Center (10 p.m. ET; PRIME, FS-SD, FS-MW, NHL.TV), his fifth of the season and first since Feb. 13. The Ducks have lost six straight games (0-4-2) and are hoping rookie Trevor Zegras, who is seeking his first NHL point, can inject a spark into the lineup. Zegras has shown flashes of brilliance in his three games so far, including a shootout goal against the Arizona Coyotes on Feb. 24. — Rob Reese, fantasy editor

The Hurricanes look to sweep a two-game set against the Panthers after a 4-3 shootout win Saturday.

The teams play the last of a three-game set in Ottawa after the Flames evened the series with a 6-3 win against the Senators on Saturday.

Forward William Nylander has scored three goals and five points in five games for the Maple Leafs against the Oilers. Toronto leads the season series 3-1-1. 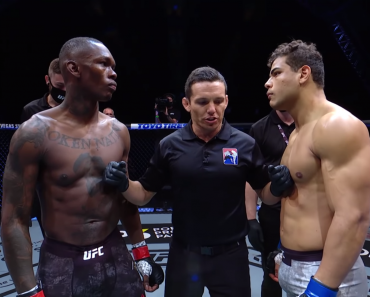