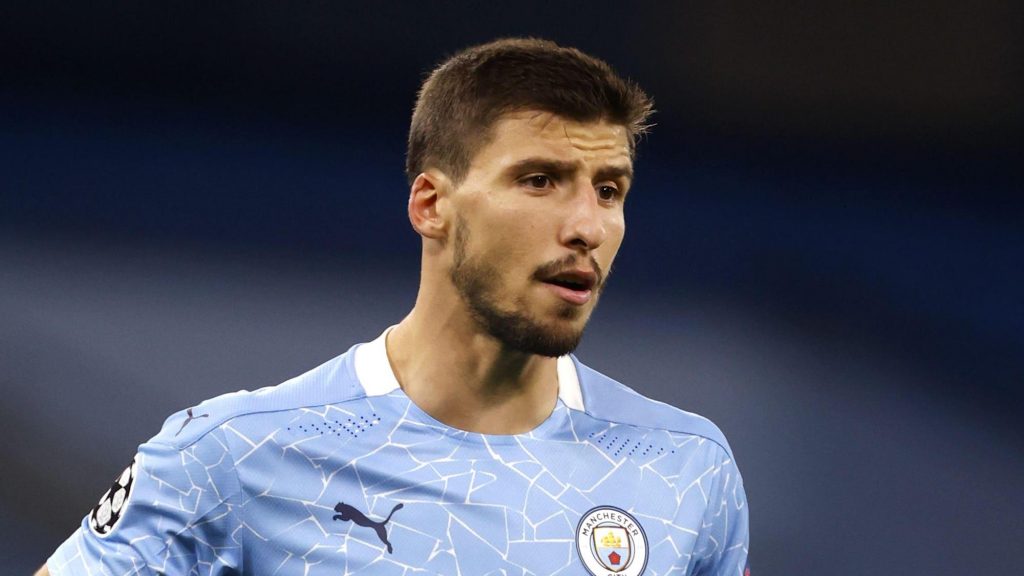 Pep Guardiola has no doubt Manchester City have a captain in the making in Ruben Dias.

The centre-back has stood out for both his defensive ability and his leadership qualities in his first season at the club.

The Portugal international’s outstanding contribution to City’s latest Premier League title success and their run to the Champions League final was recognised with the Football Writers’ Association player of the year award this week.

Despite the 24-year-old costing City a club record £63.4million, Guardiola admits Dias has exceeded all their expectations.

The City manager said: “It wasn’t expected, honestly. We knew his quality but you never know what is going to happen.

“If a defender plays for himself it’s a problem but he is thinking always about his central defensive partner, his holding midfielder, even the wingers.

“He’s so generous, he’s a complete professional. He is 24 hours thinking about football, he is still so young.

“I’m pretty sure in a short time, maybe I’m wrong, but his mates and backroom staff will choose him as one of the captains because he’s shown he can lead.

“He is a guy who in the bad moments is always ready to help and he’s a man of communication on and off the pitch.

“He’s a leader. To be a leader is not to be given to you by the club, it comes from inside, it’s natural.

“He is always thinking what he can do better. That is why he will have success.”

Another player to have impressed this season has been midfielder Phil Foden, whose continued development is a huge source of pride for City.

The Academy graduate has scored 15 times for City in a campaign that he began under a cloud after being sent home from an England camp.

Guardiola believes the 20-year-old has learned from his mistakes and is confident he will deal with any future setbacks in a mature manner.

He said: “Now Phil is in a normal process. He is going up and going up in his career.

“Soon – hopefully later, or hopefully never – there’ll be a moment when it goes down. That is the moment when we’ll see the best Phil Foden and how he reacts.

“The bad moments will come but we’ll be here to help him and come back. I’m sure, with how humble is, he’ll know exactly what is going to happen. I’m pretty sure he’s going to start to grow up as a football player.”

City wrap up their successful Premier League campaign at home to Everton on Sunday before switching their attention to next week’s Champions League final against Chelsea.

Guardiola admits there is no room for sentiment as he starts to think about his plans for the big clash in Porto.

He said: “During the season every singly day is a headache for me to choose when everyone is fit and training good but I have to be straight with feelings and decisions and everyone is going to understand.

“It is so important for all of us and everyone will be committed to help.”