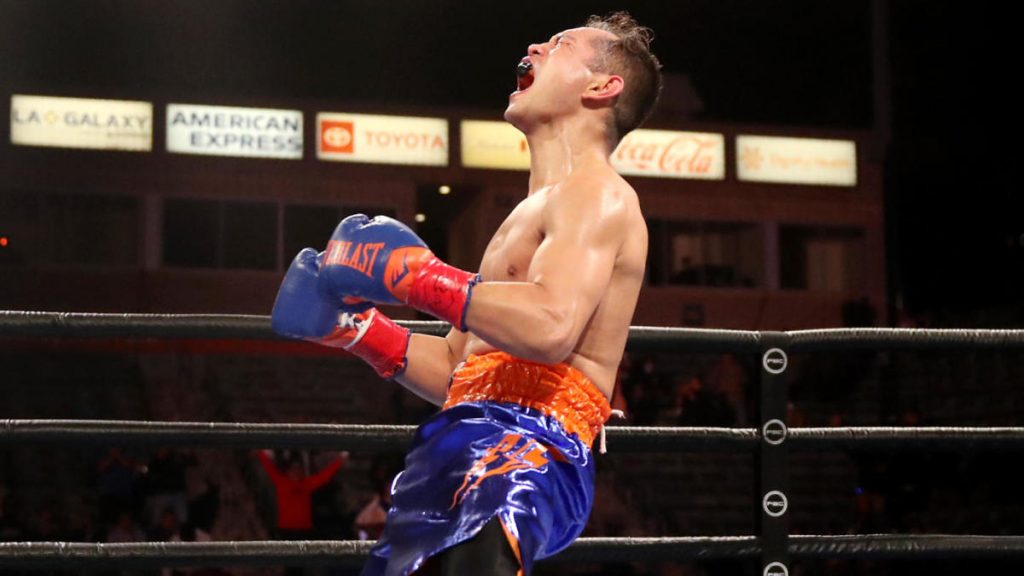 Already a future Hall of Famer in waiting, four-division champion Nonito Donaire continues to defy Father Time by daring to be great in search of more hardware.

Donaire (41-6, 27 KOs), the 38-year-old slugger from the Philippines, shattered his own record as the oldest fighter in boxing history to win a world title at 118 pounds when he dropped WBC champion Nordine Oubaali (17-1, 12 KOs) a trio of times on Saturday en route to an emphatic fourth-round knockout at Dignity Health Sports Park in Carson, California.

“The Filipino Flash” had previously stopped Ryan Burnett in 2018 to win the WBA bantamweight title when he was 35.

“The King has returned,” Donaire said. “You know, being at this age is really not the question, it’s my performance. It’s really the ability to grow. I believe that it matters not what your age is, it matters in how you are mentally.

“Father Time has been on my side. I believe the human body is an incredible machine if we take care of it. That’s the question, taking care of our body allows it to be as strong as we can be.

Because mentally, we’re only as strong as our mind can be.”

Can’t get enough boxing and MMA? Get the latest in the world of combat sports from two of the best in the business. Subscribe to Morning Kombat with Luke Thomas and Brian Campbell for the best analysis and in-depth news.

Donaire returned to the ring for the first time in 18 months when he co-authored 2019’s Fight of the Year in a spirited decision loss to unbeaten destroyer Naoya Inoue, in a fight in which Donaire broke the Japanese pound-for-pound star’s eye socket.

“What I learned from Inoue is [that] I’m back,” Donaire said. “I knew that I was not fighting, I was learning. I’m ready for the next one.”

Oubaali, a southpaw from France, was unable to avoid Donaire’s power while looking to establish the pace with his aggressive and awkward style.

Donaire dropped Oubaali midway through Round 3 with a left hook and scored a second knockdown with another left hand at the bell to close the round. Referee Jack Reiss initially appeared as if he had waived off the fight only to administer a count to a visibly hurt Oubaali in order to give him a chance to beat it.

“I know what his pattern was,” Donaire said. “I knew exactly what he was gonna do. He was showing his weakness, so I was able to counter him with the hook.”

One round later, Donaire put Oubaali away for good with a three-punch combination ending with a body shot against the ropes. Oubaali crumbled to the ground and Reiss instantly waived the fight off without a count at 1:52 of Round 4.

After the fight, Donaire continued to pursue interest in a rematch against Inoue (20-0, 17 KOs), the WBA and IBF champion, who returns June 19 to defend his titles in Las Vegas against Michael Dasmarinas.

“That’s my next goal,” Donaire said. “The only thing I have not accomplished in this sport is becoming undisputed, so that’s my next match.”