A SpaceX Falcon 9 rocket that launched almost a month ago made an uncontrolled re-entry last night and a bunch of people got footage of it. Normally the rocket’s second stage relights and pushes it down so that it re-enters Earth’s atmosphere into the Pacific Ocean. However, there wasn’t enough propellant after this launch, leaving the second stage orbiting for three weeks until it was pulled into Earth’s upper atmosphere.

This was, however, simply the Falcon 9 rocket’s second stage–which weighs about four metric tons unfueled–breaking apart in the atmosphere and burning up. It is likely that the second stage completely broke apart over the Rocky Mountains near the United States and Canadian border.

If you didn’t know it was a rocket burning up in the atmosphere you might think it was an alien invasion. There’s actually nothing to say it’s not an alien invasion except for Elon Musk’s word. And for all we know he is an alien so, I mean, this is all pretty convenient. Guess I’ll see you guys in the alien zoos once the invasion is complete?

Another great video of the Falcon 9 rocket second stage streaking across the Pacific Northwest skies tonight after failing to make a deorbit burn.

Keep going for some more videos.

#BREAKING UPDATE: This is new video just in from KOMO News viewer Amy Warren from West Seattle showing what @NWSSeattle now says is the debris from a Falcon 9 rocket 2nd stage that did not successfully have a deorbit burn. pic.twitter.com/TOtvPDwA2w

DID YOU SEE THIS? I have never in my life seen something so incredible. I am in awe. Just happened over Portland about 10 minutes ago. #LiveOnK2 pic.twitter.com/L9wLEXBrcW

Ummm… just caught this flying over my home in SW Portland. pic.twitter.com/CvQJwvWsyj

LEGO is releasing a 2,354-piece replica of NASA’s Space Shuttle Discovery. It’s made to 1:70 the scale of the actual spacecraft and also includes a replica of…

SpaceX “successfully” lands Starship SN10 and it looks like CGI

SpaceX “successfully” landed a high altitude test flight of their Starship SN10 Wednesday morning and it was so incredibly done it looks like CGI. Like so much…

This is a video of SpaceX’s Starship reusable space vehicle prototype ‘Starhopper’ performing a 150-meter rocket test. Impressive, but outerspace is way further than that. The Starship…

This is ‘Night Into Day’, a short film by photographers Ryan Chylinski and MaryLiz Bender starring ultra-slow motion footage of SpaceX rocket launches, captured from the actual…

Note: Sonic booms at 0:28, keep your speakers in check. Okay so this will PROBABLY be my last SpaceX Falcon Heavy post until Elon’s Tesla gets smacked… 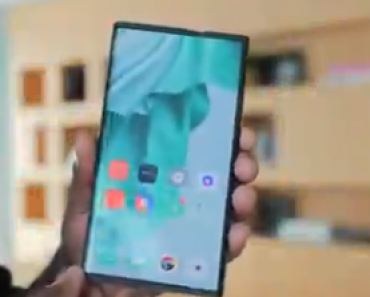