At a time when everyone is wearing a mask, Face ID has become a problem for iPhone users – they’re now constantly needing to enter their passcode to unlock their phones. There have been reports that the iPhone 13 range will get in-screen fingerprint sensors, but there’s no need to wait (or upgrade).

Apple is trying to solve this problem right now by adding a feature to the upcoming iOS 14.5 update that should allow iPhone owners to use Face ID while wearing a mask. This next instalment of Apple’s mobile operating system is now in developer beta and will be rolled out publicly in the coming weeks.

While this is excellent news for iPhone users, there is one major caveat – you will need to be an Apple Watch users as well.

As first reported by Pocket-lint, iOS 14.5 will use your Apple Watch to authenticate your identity and unlock your phone – a feature that already exists on macOS.

If your Apple Watch is already unlocked, then lifting your iPhone to wake as you would for Face ID will produce a haptic feedback on your wrist to let you know your phone has been unlocked successfully.

This means that Face ID will work despite low or no facial recognition because the paired Watch has already been authenticated. This shortcut, though, will only work for unlocking an iPhone and will not work for any other action that relies on Face ID, like authenticating purchases for Apple Pay or App Store purchases.

iOS 14.5 will also bring a major privacy feature called App Tracking Transparency which will require apps to get user permission before tracking your activity and data across apps and websites. Updates to Siri and support for PS5 and Xbox Series X controllers are also incoming. 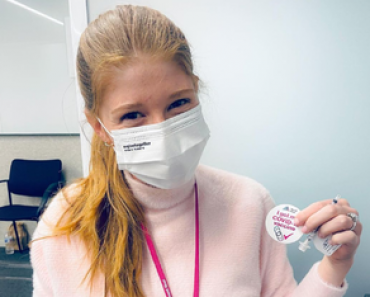